Privacy in the Age of Pokemon – Nets.Wars by Wendy Grossman

Posted by: Karolina Janicka in net.wars, Writing August 7, 2016 Comments Off on Privacy in the Age of Pokemon – Nets.Wars by Wendy Grossman 2,620 Views

“They’d probably do something stupid anyway, whether it was texting or email, or something else,” he said. He was maybe teens, maybe early 20s, standing in front of the house opposite mine with a similarly-aged friend. Both were wearing backpacks that looked ready for a day’s hike, and when I spotted them out my window standing motionless I went out to ask: were they calibrating their phones or playing Pokémon Go? Neither, as it turned out, though the second one has been playing the game a lot. Had he done anything stupid yet? “No.” Hence the first one’s comment. We’ve said for a long time that cyberspace is invading the physical world, and there could be no better example of what that’s going to mean than Pokémon Go, a prototype for conflicts to come.

The first – and first-reported – effect has been to exaggerate even further the dismaying trend of Phone Absorption, which leads apparently normally intelligent people to walk up the center of high-traffic London streets oblivious to how lucky they are that the cars behind them have slowed to a near-halt. This lemming behavior has led to unseemly gloating in the media, which have raced to find the clearest shoo-ins for the Darwin Awards (we predict a particularly fierce competition this year). 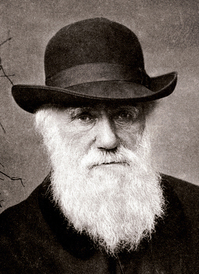 The Guardian kind of won this effort by running a spot-the-fake-story quiz. For the full Schadenfreude, play at the Rio Olympics.

That problem will resolve in time as people adapt, wise up, or are culled from the herd. The second is harder to fix: the game designers’ apparent inattention to the impact on real-world locations and individuals. Pokemon gyms have been found in cemeteries, in front of isolated rural homes, and other contentious locations. I don’t imagine that I own the right to decide who walks down my tiny street, but if several hundred strangers started showing up every day, it might be worth a pout.

The game’s designers have said they will remove locations that ask to be excluded, but it’s not clear that opt-out is really the right model for this. What’s probably needed is a clearer set of social norms for game designers surrounding what should and should not be regarded as available for gaming. Lauren Weinstein has suggested some reasonable ideas such as curfews to limit nighttime visitors to some areas. Augmented reality applications – not just games – are dependent on the quality of their data; this may require cross-checking among multiple sources. I also wonder if these apps could leverage the phone’s location and other sensors to warn people of at least some approaching dangers – the car behind them, the cliff they’re about to fall off, There are, however, issues of bias surrounding labeling some neighborhoods as “dangerous”. That sort of classification always needs context: dangerous for whom and in whose opinion?

The third is that, as we have said before, community does not scale. Above a certain threshold: abuse arrives. Pokémon Go reached that threshold in record time. In online communities the results of crossing that threshold are unpleasant – disruptive behavior, spam, bullying, and threats – but barring doxing most happen safely on the other side of a computer screen. With Pokémon Go the physical risks are built into the game’s intention to lure people, especially kids, to specific desirable places. What could go wrong? The one good effect is this may move us on from some of the moral panic about the internet – the internet is still big, it’s the scares that got small, as Gloria Swanson might have said if she’d headed a Silicon Valley company.

Don’t get me wrong. I’m thrilled that mobile phone games are getting people out to roam around the real world. But this phase of augmented reality development is recapitulating the way each new generation of software designers thinks they need pay no attention to the lessons of the past. Web users today are still plagued with programming errors that were solved more than 50 years ago. It would be nice to think that every augmented reality designer will look at what’s happened in the last month and use it to plan a better development process. Unfortunately, it seems more likely that they’ll go, “That was the best publicity ever! A game worth walking off a cliff for!”

The Law of Truly Large Numbers says that if billions of people are interested in something there are going to be a lot of people abusing it, even if the percentage is tiny. It’s reasonable for Niantic to say it never expected Pokémon Go to be adopted by so many so fast. But still: perhaps next time start with a few smaller test markets than whole nations? And maybe offer the selected towns the chance to look over the plans and raise objections?

We want public spaces to remain public and open; requiring augmented reality developers to get permission before proceeding is exactly the kind of preemptive closure we protest with respect to the internet. At the same time, augmented reality can’t be allowed to colonize public space at the expense of the public. The balance in this case is going to be tricky to find.