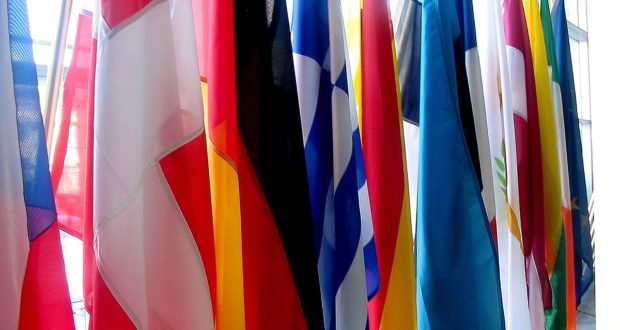 Posted by: Karolina Janicka in net.wars, Writing July 7, 2017 Comments Off on Who’s the boss? – Net.Wars by Wendy Grossman 1,206 Views

Even for Google, €2.4 billion is a lot of money. It makes the £130 million the company agreed to pay in back taxes to the UK in 2016 into a micropayment. The former is, of course, the fine that the European Commission has applied to Google over its shopping ad placements.

A fine like that is guaranteed to produce widespread press coverage (and remind a company that governments still have power), and so it has. At Distilled, Will Critchlow finds the ruling wrong but notes that Google could nonetheless face more huge payouts in other vertical areas it operates in, a point also made at Bloomberg. At Reuters, Foo Yun Chee and Eric Auchard think the fine will trouble Google less than the regulatory burden that attends its new definition as a monopoly. Search Engine Land thinks the changes regulators are forcing upon Google will damage the consumer experience. This is Google’s own argument: consumers don’t want to be directed to some other site to search again; they want results they can click on *right now*.

Google is not wrong about this. The mass of useless comparison sites littering Google’s results was one reason I stopped using it back in 2010. I find it more productive to use eBay or Amazon to find niche retailers. So the sites complaining here are mostly ones I regard as spam, but include a few that even I find useful, like Yelp and Trip Advisor, which combine price comparisons with community recommendations and reviews. These two, plus the much more obscure (and currently suspended) UK site Foundem, all filed complaints alongside many other organizations listed by the lobbying group Fairsearch, and being pushed down the results list is a definite disadvantage. This ought to be fixable with a reorganized results page.

There’s no doubt that a search engine with the dominance that Google has in the European search market is well-placed to make life extremely difficult for any company that competes with one or more aspects of its business. Here, Windows provides a pretty good analogy: just as the operating system is your gateway to the rest of the computer’s functions, search engines most people’s gateway to the rest of the internet. When Microsoft began subsuming utilities like compression, internet browsing, and media play into its operating system, in the process it undermined the business model of competitors that had sprung up to fill those gaps. Google’s moves into flight, hotel, and restaurant search threaten independents in exactly the same way. It is a classic principle of antitrust that a company should not be able to leverage its dominance in one market to damage competition in another. Ironically, the one area in which regulators have been proactive in ensuring the health of Google’s competitors is file-sharing: would The Pirate Bay be as long-lived as it is if Google promoted its own torrent search?

It’s just that the whole thing seems so terribly dated. Outside of a few sectors, like financial services and utilities, comparison sites seem to belong to the mid-1990s, when everyone wanted to have a portal or a shopping mall. Basically, everyone wanted to be Yahoo (Yahoo!) until Google came along and wiped the front page clean. This backdated sensation is fairly typical of antitrust actions in the internet sphere, if only because they take so long to mount. The EU went after Microsoft for its media player in 2004 and Internet Explorer in 2009; each of those actions was arguably at least five years late.

Google has reached the size and power it has is its long list of acquisitions, which includes Zagat (2011), Waze (2013), ITA Software (2011), and, over the contemporaneous opposition of privacy advocates, DoubleClick (2007). The acquisition of the web-wide advertising business DoubleClick was opposed by many privacy advocates at the time; the Department of Justice made it a condition of the ITA Software buyout that Google had to license it to other websites for five years. This is the airfare search and pricing engine that powers not only Google’s airline search but that of Kayak, Bing Travel, Orbitz, and a number of airlines. Most people probably have no idea it exists, but you see the point: why bother going to Kayak if you’re already on Google and the results are right there?

In 2013, the US Federal Trade Commission declined to prosecute Google for biasing its search results in its own favour, a decision Ed Felten, seconded to the FTC at the time, alludes to at Freedom-to-Tinker in his discussion of the EU decision. At the time, net.warsargued that the regulators examining the case should actually have been thinking about Google’s abrupt aggregation of everything it knew about you and its ability to force Android users to provide their personal information. You can just about use an Android phone without signing up for a Gmail account or using the Play Store, but doing so severely limits the apps you can add. Both these threats have done nothing but grow since then. Today’s action ought to be about data.