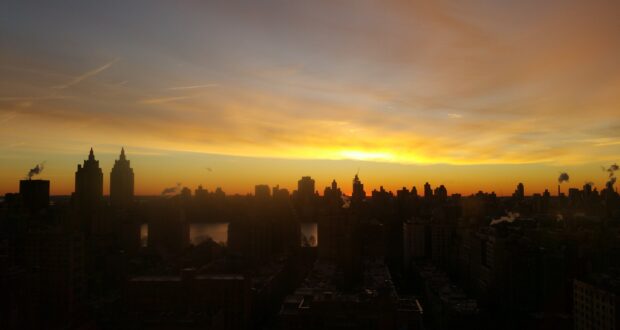 It’s summer, and the current comprehensively bad news is all stuff we can do nothing about. So we’re sweating the smaller stuff.

It’s hard to know how seriously to take it, but US Senator Josh Hawley (R-MO) has introduced the Social Media Addiction Reduction Technology (SMART) Act, intended as a disruptor to the addictive aspects of social media design. *Deceptive* design – which figured in last week’s widely criticized $5 billion FTC settlement with Facebook – is definitely wrong, and the dark patterns site has long provided a helpful guide to those practices. But the bill is too feature-specific (ban infinite scroll and autoplay) and fails to recognize that one size of addiction disruption cannot possibly fit all. Spending more than 30 minutes at a stretch reading Twitter may be a dangerous pastime for some but a business necessity for journalists, PR people – and Congressional aides.

A better approach, might be to require sites to replay the first video someone chooses at regular intervals until they get sick of it and turn off the feed. This is about how I feel about the latest regular reiteration of the demand for back doors in encrypted messaging. The fact that every new home secretary – in this case, Priti Patel – calls for this suggests there’s an ancient infestation in their office walls that needs to be found and doused with mathematics. Don’t Patel and the rest of the Five Eyes realize the security services already have bulk device hacking?

Ever since Microsoft announced it was acquiring the software repository Github, it should have been obvious the community would soon be forced to change. And here it is: Microsoft is blocking developers in countries subject to US trade sanctions. The formerly seamless site supporting global collaboration and open source software is being fractured at the expense of individual PhD students, open source developers, and others who trusted it, and everyone who relies on the software they produce.

It’s probably wrong to solely blame Microsoft; save some for the present US administration. Still, throughout Internet history the communities bought by corporate owners wind up destroyed: CompuServe, Geocities, Television without Pity, and endless others. More recently, Verizon, which bought Yahoo and AOL for its Oath subsidiary (now Verizon Media), de-porned Tumblr. People! Whenever the online community you call home gets sold to a large company it is time *right then* to begin building your own replacement. Large companies do not care about the community you built, and this is never gonna change.

Also never gonna change: software is forever, as I wrote in 2014, when Microsoft turned off life support for Windows XP. The future is living with old software installations that can’t, or won’t, be replaced. The truth of this resurfaced recently, when a survey by Spiceworks (PDF) found that a third of all businesses’ networks include at least one computer running XPand 79% of all businesses are still running Windows 7, which dies in January. In the 1990s the installed base updated regularly because hardware was upgraded so rapidly. Now, a computer’s lifespan exceeds the length of a software generation, and the accretion of applications and customization makes updating hazardous. If Microsoft refuses to support its old software, at least open it to third parties. Now, there would be a law we could use.

The last few years have seen repeated news about the many ways that machine learning and AI discriminate against those with non-white skin, typically because of the biased datasets they rely on. The latest such story is startling: Wearables are less reliable in detecting the heart rate of people with darker skin. This is a “huh?” until you read that the devices use colored light and optical sensors to measure the volume of your blood in the vessels at your wrist. Hospital-grade monitors use infrared. Cheaper devices use green light, which melanin tends to absorb. I know it’s not easy for people to keep up with everything, but the research on this dates to 1985. Can we stop doing the default white thing now?

Meanwhile, at the Barbican exhibit AI: More than Human…In a video, a small, medium-brown poodle turns his head toward the camera with a – you should excuse the anthropomorphism – distinct expression of “What the hell is this?” Then he turns back to the immediate provocation and tries again. This time, the Sony Aibo he’s trying to interact with wags its tail, and the dog jumps back. The dog clearly knows the Aibo is not a real dog: it has no dog smell, and although it attempts a play bow and moves its head in vaguely canine fashion, it makes no attempt to smell his butt. The researcher begins gently stroking the Aibo’s back. The dog jumps in the way. Even without a thought bubble you can see the injustice forming, “Hey! Real dog here! Pet *me*!”

In these two short minutes the dog perfectly models the human reaction to AI development: 1) what is that?; 2) will it play with me?; 3) this thing doesn’t behave right; 4) it’s taking my job!

Later, I see the Aibo slumped, apparently catatonic. Soon, a staffer strides through the crowd clutching a woke replacement.

If the dog could talk, it would be saying “#Fail”.

Illustrations: Sunrise from the 30th floor.