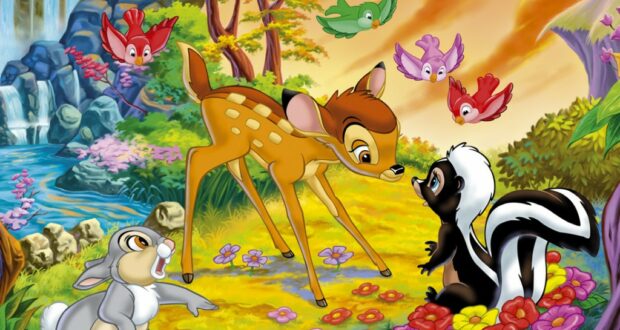 The Internet that wasn’t – Net.Wars by Wendy Grossman

This week on Twitter, writer and Georgia Tech professor Ian Bogost asked this: “There’s a belief that the internet was once great but then we ruined it, but I’m struggling to remember the era of incontrovertible greatness. Lots of arguing from the start. Software piracy. Barnfuls of pornography. Why is the fall from grace story so persistent and credible?”

My reply: “Mostly because most of the people who are all nostalgic either weren’t there, have bad memories, or were comfortable with it. Flaming has existed in every online medium that’s ever been invented. The big difference: GAFA weren’t profiting from it.”

Let’s expand on that here. Not only was there never a period of peace and tranquility on the Internet, there was never a period of peace and tranquility on the older, smaller, more contained systems that proliferated in the period when you had to dial up and wait through the modems’ mating calls. I only got online in 1991, but those 1980s systems – primarily CIX (still going), the WELL (still going), and CompuServe (bought by AOL) – hosted myriad “flame wars”. The small CompuServe UK journalism forum I co-managed had to repeatedly eject a highly abusive real-life Fleet Street photographer who obsessively returned with new name, same behavior. CompuServe finally blocked his credit card, an option unavailable to pay-with-data TWIFYS (Twitter-WhatsApp-Instagram-Facebook-YouTube-Snapchat). The only real answer to containing abuse and abusers was and is human moderators.

The quick-trigger abuse endemic on Twitter has persisted since the beginning, as Sara Kiesler and Lee Sproull documented in their 1992 book, Connections, based on years of studies of mailing lists within large organizations. Even people using their real names and job descriptions within a professional context displayed online behavior they would never display offline. The distancing effect appears inherent to the medium and the privacy in which we experience it. Meanwhile, urgency of response rises with each generation. The etiquette books of my childhood recommended rereading angry letters after a day or two before sending; who has the attention span for that now?

Three documented examples of early cyberbullying provide perspective. In Josh Quittner’s 1994 Wired story about Usenet, the rec.pets.cats successfully repelled invaders from alt.tasteless when a long-time poster and software engineer taught the others her tools; when she began getting death threats a phone call to the leader’s ISP made him back down for fear of losing his Internet access. In Julian Dibbell’s A Rape in Cyberspace “Mr Bungle took over another user’s avatar in the virtual game space Lambda MOO, and forced it into virtual sex. After inconclusive community consideration, a single administrator quietly expelled Bungle. Finally, in my own piece about Scientology’s early approach to the Internet, disputes over disclosing secret scriptures in the newsgroup alt.religion.scientology led to police raids, court cases, and attempts to smother the newsgroup with floods of pro-Scientology postings, also countered by a mix of community practices and purpose-built tools. Nonetheless, even in 1997 in 1997 people complained that tolerating abuse shouldn’t be the price of participation.

Software “piracy” was born right alongside the commercial software business. In 1976, a year after Bill Gates and Paul Allen launched Microsoft’s first product, a BASIC language interpreter for the early Altair computer, Gates published an open letter to hobbyists begging them to make the new industry viable by buying the software rather than circulate copies. The tug of war over copyrighted material, unauthorized copies, and business models has continued ever since in a straight line from Gates’s open letter through Napster to today’s battles over the right to repair. The shift moving modifiable software into copyright control was the spark that got Richard Stallman building GNU, the bulk of “Linux”.

“Barnfuls of pornography” is slightly exaggerated, especially before search engines simplified finding it. Still, pornography producers are adept at colonizing new technology, from cave paintings to videocassettes, and the Internet was no exception. It was certainly popular: the University of Delft took down its pornography archive because the traffic swamped its bandwidth. In 1994, students protested when Carnegie-Mellon removed sexually explicit newsgroups, and conflicting US states’ standards landed Robert and Carleen Thomas in jail.

Some of the Internet’s steamy reputation was undeserved. Time magazine’s shock-horror 1995 Cyberporn Cyberporn cover story was based on a fraudulent study. That sloppy reporting‘s fallout included the 1996 passage of the Communications Decency Act, antecedent of today’s online harms and age verification.

So why does the myth persist? First, anyone under 35 probably wasn’t there. Second, the early Internet was more homogeneous and more open, and you lost less by abandoning a community to create a new one when you mostly interacted with strangers. As previously noted, 1980s online forums did not profit from abuse; today, ramping up “engagement” to fuel ad-bearing traffic is TWIFYS’ business model. More important, these scaled-up, closed systems do not offer us the ability to create and deploy tools or enforce our own fine-grained rules.

Crucially, the early Internet seemed *ours* – no expanding privacy policies or data collection. The first spammers, hackers, and virus writers were *amateurs*. Today, as Craig Silverman pointed out on Twitter, “There are tens of thousands of people whose entire job it is to push out spam on Facebook.” We were free to imagine this new technology would bring a better world, however dumb that seemed even at the time. The Internet was *magic*.