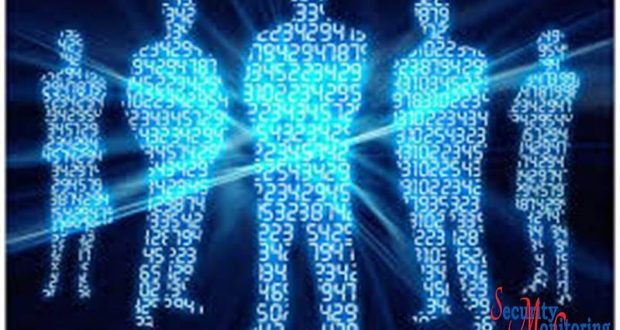 There’s this about having one or two big threats: they distract attention from the copycat threats forming behind them. Unnoticed by most of us – the notable exception being Jeff Chester and his Center for Digital Democracy, the landscape of data brokers is both consolidating and expanding in new and alarming ways. Facebook and Google remain the biggest data hogs, but lining up behind them are scores of others embracing the business model of surveillance capitalism. For many, it’s an attempt to refresh their aging business models; no one wants to become an unexciting solid business.

The most obvious group is the telephone companies – we could call them “legacy creepy”. We’ve previously noted their moves into TV. For today’s purposes, Exhibit A is Verizon’s 2015 acquisition of AOL, which Fortune magazine attributed to AOL’s collection of advertising platforms, particularly in video, as well as its more visible publishing sites (which include the Huffington Post, Engadget, and TechCrunch). Verizon’s 2016 acquisition of Yahoo! and its 3 billion user accounts and long history also drew notice, most of it negative. Yahoo!, the reasoning went, was old and dying, plus: data breaches that were eventually found to have affected all 3 billion Yahoo! accounts. Oath, Verizon’s name for the division that owns AOL and Yahoo!, also owns MapQuest and Tumblr. For our purposes, though, the notable factor is that with these content sites Verizon gets a huge historical pile of their users’ data that it can combine with what it knows about its subscribers in truly disturbing ways. This is a company that only two years ago was fined $1.35 million for secretly tracking its customers.

Exhibit B is AT&T, which was barely finished swallowing Time-Warner (and presumably its customer database along with it) when it announced it would acquire the adtech company AppNexus, a deal Forrester’s Joanna O’Connell calls a material alternative to Facebook and Google. Should you feel insufficiently disturbed by that prospect, in 2016 AT&T was caught profiting from handing off data to federal and local drug officials without a warrant. In 2015, the company also came up with the bright idea of charging its subscribers not to spy on them via deep packet inspection. For what it’s worth, AT&T is also the longest-serving campaigner against network neutrality.

In 2017, Verizon and AT&T were among the biggest lobbyists seeking to up-end the Federal Communications Commission’s privacy protections.

The move into data mining appears likely to be copied by legacy telcos internationally. As evidence, we can offer Exhibit C, Telenor, which in 2016 announced its entry into the data mining business by buying the marketing technology company Tapad.

Category number two – which we can call “you-thought-they-had-a-different-business-model creepy” – is a surprise, at least to me. Here, Exhibit A is Oracle, which is reinventing itself from enterprise software company to cloud and advertising platform supplier. Oracle’s list of recent acquisitions is striking: the consumer spending tracker Datalogix, the “predictive intelligence” company DataFox, the cross-channel marketing company Responsys, the data management platform BlueKai, the cross-channel machine learning company Crosswise, and audience tracker AddThis. As a result, Oracle claims it can link consumers’ activities across devices, online and offline, something just about everyone finds creepy except, apparently, the people who run the companies that do it. It may surprise you to find Adobe is also in this category.

Category number three – “newtech creepy” – includes data brokers like Acxiom, perhaps the best-known of the companies that have everyone’s data but that no one’s ever heard of. It, too, has been scooping up competitors and complementary companies, for example LiveRamp, which it acquired from fellow profiling company RapLeaf, and which is intended to help it link online and offline identities. The French company Criteo uses probabilistic matching to send ads following you around the web and into your email inbox. My favorite in this category is Quantcast, whose advertising and targeting activities include “consent management”. In other words, they collect your consent or lack thereof to cookies and tracking at one website and then follow you around the web with it. Um…you have to opt into tracking to opt out?

Meanwhile, the older credit bureaus Experian and Equifax – “traditional creepy” – have been buying enhanced capabilities and expanded geographical reach and partnering with telcos. One of Equifax’s acquisitions, TALX, gave the company employment and payroll information on 54 million Americans.

The detail amounts to this: big companies with large resources are moving into the business of identifying us across devices, linking our offline purchases to our online histories, and packaging into audience segments to sell to advertisers. They’re all competing for the same zircon ring: our attention and our money. Doesn’t that make you feel like a valued member of society?

At the 2000 Computers, Freedom, and Privacy conference, the science fiction writer Neal Stephenson presciently warned that focusing solely on the threat of Big Brother was leaving us open to invasion by dozens of Little Brothers. It was good advice. Now, Very Large Brothers are proliferating all around us. GDPR is supposed to redress this imbalance of power, but it only works when you know who’s watching you so you can mount a challenge.