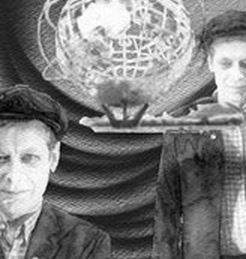 Dr. Richard Barbrook is the author of Pluto Press’s Spring 2007 release Imaginary Futures and has also written a number of highly influential essays on the clash between commerce and cooperation within the Internet, including ‘The Hi-Tech Gift Economy’, ‘Cyber-communism’, ‘The Regulation of Liberty’ and, with Andy Cameron, ‘The Californian Ideology’, published in 1995 it was a controversial critique of the neo-liberal politics of Wired magazine.

He has recently published a number of books, including The Class of the New (2006), The Game of War (2012) and the upcoming Class Wargames (2014) . During the early 1980s, he was involved in pirate and community radio broadcasting and helped establish Spectrum Radio, a multi-lingual station in London, and published extensively on radio issues. Between 1995 and 2005, he coordinated the pioneering Hypermedia Research Centre at the University of Westminster and was course leader of its MA in Hypermedia Studies, the first of its kind on offer in Britain. Educated at Cambridge, Essex and Kent Universities, Barbrook is currently a Senior Lecturer of Politics at the University of Westminster.