The end of the year seems a good moment for complaints. The Guardian has gone all out with 2017 as the year the world turned against Silicon Valley. This is a more modest bitchfest.

First is the distressing tendency for journalists – who should know better – to anthropomorphize robots, both physical and virtual, by assigning them “gender”. Pepper looks cute, but it’s still just a fancy hammer. Plus, as came out at We Robot in 2016, while Westerners see Pepper as female, Asians identify it as male. I don’t care how curvaceous or evil that robot looks, or what kind of voice it has, it’s an it.

At the fifth birthday party for the Open Data Institute, co-founder Tim Berners-Lee gave an uncharacteristically depressed speech, in which he said, “We can’t go on as though nothing’s changed”. A couple of weeks earlier, interviewed in the Guardian, he spoke despairingly about the reversal of network neutrality, the issues surrounding fake news and propaganda, ad revenues and clickbait, and manipulative “dark ads” that bypass democratic accountability.

Yet some would argue that Berners-Lee and his W3C have added to the mess by accepting digital rights management into the web’s standards without requiring rights holders to promise not to use copyright law to attack people who bypass DRM for legal reasons (such as accessibility and security research). For such a long-term advocate of the internet as a permissionless space, it’s a startling decision.

The web continues to embrace unreadability in the form of skinny, grey, low-contrast fonts, and the problem is spreading to new devices. Maybe it’s not young geeks that are at fault, but all those video autoplay bandits, who would vastly prefer it if we didn’t read anything.

Returning to robots, in August Edward Hasbrouck saw one behaving badly on a San Francisco Caltrain platform. In all those robot panics, no one considered how to share physical public space. Now, congestion on already-clogged sidewalks has led the City of San Francisco to require permits and human chaperonesfor the city’s thousands (so far) of delivery robots, and also to restrict where they may roam. I would expect many cities – such as London, where so many sidewalks are cramped, medieval affairs – to follow suit. At least, until the robots have learned some manners. 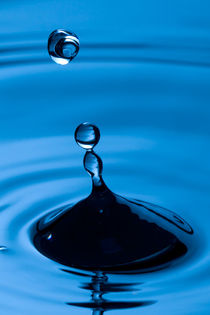 Sometime around mid-November, I became conscious of a new and frequently-heard sound: Ding!

Inquiry established that it is the noise made by current iPhones when they receive messages. It dings so often and so unpredictably that I now hear the sound when others can’t. It’s so deeply embedded into my head that I may have begun to hallucinate it, just as, half-waking at 7:30 AM I used to “hear” non-existent doorbells.

I imagine the circumstances of this sound’s birth. A design team roved northern California looking for inspiring landscapes. Eventually, they chose a piece of land and built a Japanese garden in which they locked themselves. There, they were taught to reflect on the qualities of the desired sound: quietness, elegance, simplicity, peace, the best qualities of the best-trained and most deferential butlers. They imagined the sound that would capture these qualities: melodious, brief, undemanding yet piercingly sweet, intended to let you know you had a message without adding stress or harassment to your already-busy life, the equivalent of holding out a handwritten calling card on an exquisitely engraved and polished silver tray.

Googlers would have picked two dozen frequencies and conducted A/B tests to determine which of the candidate sounds came closest to getting people to open their messages. But this is Apple, so instead they discussed the sounds as if they were fine wines. They used the words “minimalist” and “custom frequencies” a lot.

Finally, one was chosen and deployed: a crystalline, clear, not-quite-pure tone that conveys the sense of a glistening drop of water falling into a placid pool, leaving behind the slightest of expanding circles.

I have never hated a sound more. The harsh, penetrating, high-pitched tone of the doors on Southwest trains and London Underground elevators, or the needle through the occipital bone that accompanies the dentist’s ultrasonic cleaner are far more horrible noises, but you know when you are going to hear them. Apple’s noise is pure Chinese water torture in its unpredictability, because a) you have no idea when other people might receive messages or who in your vicinity owns one of these devices, and b) it’s designed to be so mellifluous and charming that no iPhone owner can imagine it could ever be offensive and so they do not set their phones to silent.

The reason it’s so enraging, of course, is that its apparent politeness – “so sorry to disturb you but it’s only for a split second and I sound beautiful, and then I’ll leave you alone” – is utterly meretricious. Its real purpose is to say, “HEY, YOU, PAY ATTENTION TO ME.” And you, the iPhone refusenik, can do nothing about it because the designers don’t care about you-not-their-customer, you. You can divorce Google, but you can’t divorce other people’s phones.