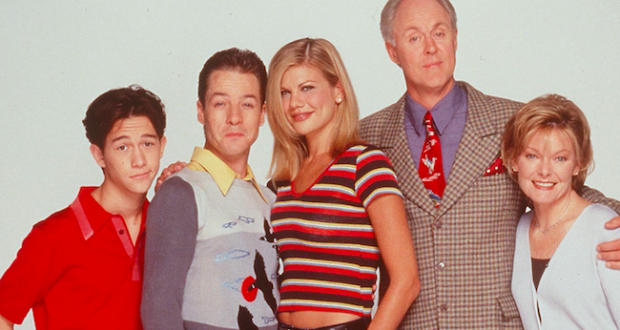 One of my favorite moments in the 1996 sitcom 3rd Rock from the Sun was when Dick (John Lithgow), the high commander of the aliens’ mission to Earth, marveled at humans’ ability to live every day as though they didn’t know they were going to die. For everyone but Woody Allen and the terminally ill, that denial is useful: it allows us to get up every day and do things like watch silly sitcoms without being overwhelmed by the sense of doom.

In other contexts, the denial of existential limits is less helpful: being aware of the limits of capital reminds to use it wisely. During those 3rd Rock years, I was baffled by the recklessly rapid adoption of the Internet for serious stuff – banking, hospital systems – apparently without recognizing that the Internet was still a somewhat experimental network and lacked the service level agreements and robust engineering provided by the legacy telephone networks. During Silicon Valley’s 2007 to 2009 bout of climate change concern it was an exercise in cognitive dissent to watch CEOs explain the green values they were imposing on themselves and their families while simultaneously touting their companies’ products and services, which required greater dependence on electronics, power grids, and always-on connections. At an event on nanotechnology in medicine, it was striking that the presenting researchers never mentioned power use. The mounting consciousness of the climate crisis has proceeded in a separate silo from the one in which the “there’s an app for that” industries have gone on designing a lifestyle of total technological dependence, apparently on the basis that electrical power is a constant and the Internet is never interrupted. (Tell that to my broadband during those missing six hours last Thursday.)

The last few weeks of California have shown that we need to completely rethink this dependence. At The Verge, Nicole Westman examines the fragility of American hospital systems. Many do have generators, but few have thought-out plans for managing during a black-out. As she writes, hospitals may be overwhelmed by unexpected influxes of patients from nursing homes that never mentioned the hospital was their fallback plan and local residents searching for somewhere to charge their phones. And, Westman notes, electronic patient records bring hard choices: do you spend your limited amount of power on keeping the medicines cold, or do you keep the computer system running?

Right now, with paper records still so recent, staff may be able to dust off their old habits and revert, but ten years hence that won’t be true. British Airways’ 2018 holiday weekend IT collapse at Heathrow provides a great example of what happens when there is (apparently) no plan and less experience.

At the Atlantic, Alexis Madrigal warns that California’s blackouts and wildfires are samples of our future; the toxic “technical debt” of accumulated underinvestment in American infrastructure is being exposed by the abruptly increased weight of climate change. How does it happen that the fifth largest economy in the world has millions of people with no electric power? The answer, Madrigal (and others) writes is the diversion of capital that should have been spent improving the grid and burying power lines to shareholders’ dividends. Add higher temperatures, less rainfall, and exceptional drought, and here’s your choice: power outages or fires?

Someone like me, with a relatively simple life, a lot of paper records, sufficient resources, and a support network of friends and shopkeepers, can manage. Someone on a zero-hours contract, whose life and work depend on their phone, who can’t cook, and doesn’t know how to navigate the world of people if they can’t check the website to find out why the water is out…can’t. In these crises we always hear about the sick and the elderly, but I also worry about the 20-somethings whose lives are predicated on the Internet always being there because it always has been.

A forgotten aspect is the loss of social infrastructure, as Aditya Chakrabortty writes in the Guardian. Everyone notes that since online retail has bitten great chunks off Britain’s high streets, stores have closed and hub businesses like banks have departed. Chakrabortty points out that this is only half of the depredation in those towns: the last ten years of Conservative austerity have sliced away social support systems such as youth clubs and libraries. Those social systems are the caulk that gives resilience in times of stress, and they are vanishing.

Both pieces ought to be taken as a serious warning about the many kinds of capital we are burning through, especially when read in conjunction with Matt Stoller’s contention that the “millennial lifestyle” is ending. “If you wake up on a Casper mattress, work out with a Peloton before breakfast, Uber to your desk at a WeWork, order DoorDash for lunch, take a Lyft home, and get dinner through Postmates, you’ve interacted with seven companies that will collectively lose nearly $14 billion this year,” he observes. He could have added Netflix, whose 2019 burn rate is $3 billion. And, he continues, WeWork’s travails are making venture capitalists and bond markets remember that losing money, long-term, is not a good bet, particularly when interest rates start to rise.

So: climate crisis, brittle systems, and unsustainable lifestyles. We are burning through every kind of capital at pace.