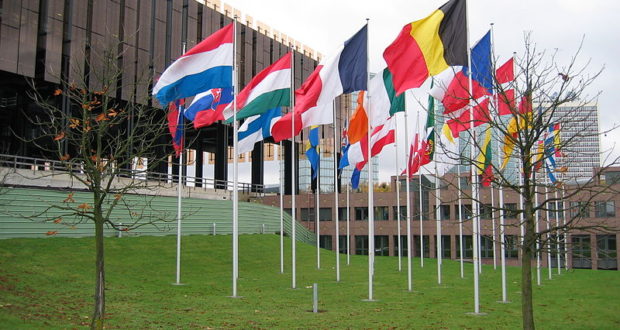 “It’s amazing. We’re all just sitting here having lunch like nothing’s happening, but…” This was on Tuesday, as the British Parliament was getting ready to vote down the Brexit deal. This is definitely a form of privilege, but it’s hard to say whether it’s confidence born of knowing your nation’s democracy is 900 years old, or aristocrats-on-the-verge denial as when World War I or the US Civil War was breaking out.

Either way, it’s a reminder that for many people historical events proceed in the background while they’re trying to get lunch or take the kids to school. This despite the fact that all of us in the UK and the US are currently hostages to a paralyzed government. The only winner in either case is the politics of disgust, and the resulting damage will be felt for decades. Meanwhile, everything else is overshadowed.

One of the more interesting developments of the past digital week is the European advocate general’s preliminary opinion that the right to be forgotten, part of data protection law, should not be enforceable outside the EU. In other words, Google, which brought the case, should not have to prevent access to material to those mounting searches from the rest of the world. The European Court of Justice – one of the things British prime minister Theresa May has most wanted the UK to leave behind since her days as Home Secretary – typically follows these preliminary opinions.

The right to be forgotten is one piece of a wider dispute that one could characterize as the Internet versus national jurisdiction. The broader debate includes who gets access to data stored in another country, who gets to crack crypto, and who gets to spy on whose citizens.

This particular story began in France, where the Commission Nationale de l’Informatique et des Libertés (CNIL), the French data protection regulator, fined Google €100,000 for selectively removing a particular person’s name from its search results on just its French site. CNIL argued that instead the company should delink it worldwide. You can see their point: otherwise, anyone can bypass the removal by switching to .com or .co.jp. On the other hand, following that logic imposes EU law on other countries, such as the US’s First Amendment. Americans in particular tend to regard the right to be forgotten with the sort of angry horror of Lady Bracknell contemplating a handbag. Google applied to the European Court of Justice to override CNIL and vacate the fine.

The arguments about jurisdiction and censorship were, like so much else, foreseen early. By 1991 or thereabouts, the question of whether the Internet would be open everywhere or devolve to lowest-common-denominator censorship was frequently debated, particularly after the United States v. Thomas case that featured a clash of community standards between Tennessee and California. If you say that every country has the right to impose its standards on the rest of the world, it’s unclear what would be left other than a few Disney characters and some cat videos.

France has figured in several of these disputes: in (I think) the first international case of this kind, in 2000, it was a French court that ruled that the sale of Nazi memorabilia on Yahoo!’s site was illegal; after trying to argue that France was trying to rule over something it could not control, Yahoo! banned the sales on its French auction site and then, eventually, worldwide.

Data protection law gave these debates a new and practical twist. The origins of this particular case go back to 2014, when the European Court of Justice ruled in Google Spain v AEPD and Mario Costeja González that search engines must remove links to web pages that turn up in a name search and contain information that is irrelevant, inadequate, or out of date. This ruling, which arguably sought to redress the imbalance of power between individuals and corporations publishing information about them and free expression. Finding this kind of difficult balance, the law scholar Judith Rauhofer argued at that year’s Computers, Freedom, and Privacy, is what courts *do*. The court required search engines to remove from the search results that show up in a *name* search the link to the original material; it did not require the original websites to remove it entirely or require the link’s removal from other search results. The ruling removed, if you like, a specific type of power amplification, but not the signal.

How far the search engines have to go is the question the ECJ is now trying to settle. This is one of those cases where no one gets everything they want because the perfect is the enemy of the good. The people who want their past histories delinked from their names don’t get a complete solution, and no one country gets to decide what people in other countries can see. Unfortunately, the real winner appears to be geofencing, which everyone hates.

Previous: Can Robots Dance? – Exploring the future of work
Next: What the Internet is not for? – Net.Wars by Wendy Grossman