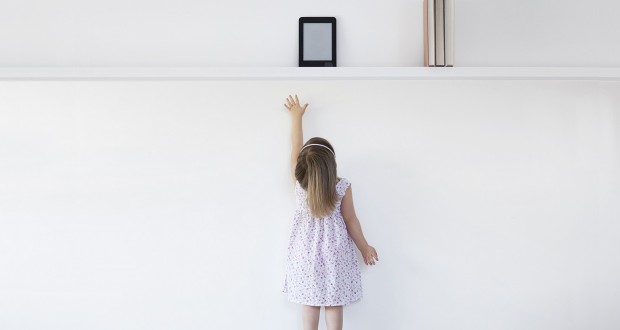 The Risk of Disconnect: raising kids in the digital realm

As screens come to capture our every waking moment, Morgan Reede assesses the impact of  technology on the relationship between parent and child.

Part of our inherent nature as humans is the innate curiosity we have to want to understand our environment and the role we play within it. As we develop throughout infancy, we explore this curiosity by pushing back against the physical environment that surrounds us, understanding our physical limitations and learning the patterns of cause and effect that constitute our actions.

As children, we want to understand just how many things we can pull down, knock over, and shove in our mouths before we’re exiled back to our playpen-prison by our sleep-deprived parents. This interaction with our environment and with our caregivers provides us with an important understanding of social and environmental relationships. We learn that we are capable of exerting force onto an object in order to change its current state, or that we can break the object and create a new form altogether. We learn that our parents are meant to provide structure for these random actions and care for us when these actions take an unexpected turn.

The process of human development is becoming ever more complex as we make the collective choice as a society to raise our children alongside advancing technology. In the process of placing infants in-front of screens, we inadvertently remove them from their immediate environment. We allow them to sit, immobile, captivated by the talking cow grazing on the digital grass while we scroll aimlessly through photos of avocado toast and exotic holiday selfies.

The digital natives are being brought up in a pixilated world where they can do no wrong. Where everything is bright, intriguing, and every character is interested in engaging the young user in programmed friendship and contrived adventure. There are no fragile objects to knock over and break, no getting told off for throwing mud or eating fist-fulls of bugs, no sense of responsibility for the livelihood of the farm animals. Children become passive observers in a digitally constructed reality, inhibiting the natural progression of their own development and disconnecting them from the physical realm.

In an article for The Huffington Post, Alexander Howard examines the debate surrounding child development and early exposure to technology. Howard explains that while ‘modern life is saturated with technology and some screen time is inevitable’, there must be a limit placed on exposure from a young age. One of the key solutions, Howard believes, is for parents to practice ‘healthy ways [of integrating] technology into our lives at home’. The idea is simple: ‘if we’re staring at screens, we’re not interacting with our kids’ and through this behavior kids learn it’s acceptable to disconnect in this way as well. Further, ‘pediatricians and psychiatrists’ state that these interactions between parent and child are ‘crucial for brain growth and the formation of attachments’. It’s not only a case of separating a child from technology during their developmental years, but ensuring that the parent limits their exposure as well.

Is this really realistic, though? The idea of having to limit screen time–whether for work or pleasure–is enough to send any parent into a regressive state that rivals their tech-crazed infant. This reaction goes beyond basic tech addiction to something that holds deeper roots within our society–competition. Technology has allowed us to communicate and connect in a way that was not possible in previous forms of society. However, we are now expected to always be visible, accessible, and relevant. We must brand ourselves and construct lives that can be marketed to fit within this projected image in order to compete within the marketplace. If we disconnect, for even a short duration of time, we risk losing our competitive edge; we risk losing followers, business opportunities, and illusive relevance.

This is the point where we begin to ask ourselves where our priorities lie as a society. If we value our own branded relevance over the development of our children then we’ve found ourselves incredibly short sighted in our vision of the future. We very clearly can distinguish our own unhealthy adult habits and as a result ensure that children aren’t given access to vices such as alcohol or cigarettes until they’re old enough to understand the consequences of their actions. So why is it that when it comes to screen addiction we are so willing to give children unlimited access, knowing full well the risks posed to human development and the resulting consequences for future society? While screen exposure may not pose a physical risk in the way the aforementioned vices do, it does ensure that children grow up believing that the world operates much like their pixelated farm–where they hold no responsibility for their actions, are automatically entitled to every friendship, and where adventure is a constructed storyline force-fed to them through an illuminated screen.

Morgan Reede is a Cybersalon intern and an undergraduate student of Centre for the Study of Democracy, University of Westminster.