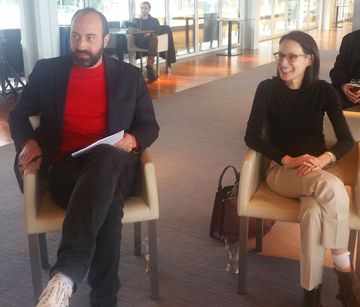 Posted by: Karolina Janicka in net.wars, Writing June 9, 2017 Comments Off on The power of privacy – Net.Wars by Wendy Grossman 866 Views

Because humans like to count in handfuls, this year’s Privacy Law Scholars, the tenth, kicked off with a panel considering a simple question: how have our ideas about privacy changed in the last decade.

“Power has entered the foreground,” University of Maryland professor Danielle Citron and University of Washington Ryan Calo summed it up. Ten years ago at this event, they said, privacy was about managing personal data. Now, we’re talking managing society through information. 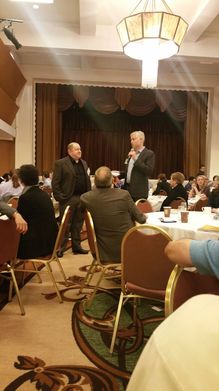 Founded by Daniel Soloveand Chris Hoofnagle, PLSC’s goal is to improve the quality of privacy law scholarship. Lawyers – academic, government, activist, and corporate – assemble here to workshop each other’s papers and wrangle over how to adapt existing legal theories and case law to the new technological reality. I can’t judge the ten-year comparison; I only remember 2015 and 2016.

Nearly twenty years ago, the science fiction writer David Brin set privacy activists to stun by arguing, in The Transparent Society, that we should embrace openness, rather than privacy. “Privacy,” I remember him saying at that year’s Computers, Freedom, and Privacy, “only protects the rich and powerful”. What Brin proposed instead was reciprocal transparency: the cameras would be trained on government and police as well as the citizenry. In 2014, Dave Eggers imagined a world in which that seemed to be coming true: but in The Circle, the result is “privacy is theft” and those who opt out wind up dead.

Citron and Calo are certainly right about this year’s crop of 68 papers. A number consider the impact of algorithmic decision-making – on civil rights, on policing, on extreme vetting. But if you’ve spent the last 25 years surrounded by privacy activists, the power balance and trust relationship implicit in “the right to be let alone” was clear long ago. The burgeoning presence of CCTV, the battle over the British national ID card and its attendant database (too many net.wars to link, from 2004 to 2010), the public outrage over care.data, the First Crypto Wars of the 1990s…the opposition to all of these displayed consciousness of power and social control. Lawyers, particularly American lawyers, may have been focused on consumer protection, data protection, and codes of practice, but things looked different on the ground. 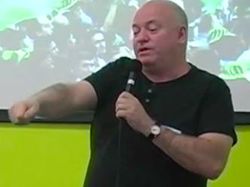 Among the most prescient was the privacy pioneer Simon Davies, who founded Privacy International, who has long seen privacy as the bedrock of democracy. In leading the opposition to the national ID card, No2ID and others often warned that ID cards and, especially, their attendant database would change the relationship between the citizen and the state. What is clearer now is that this relationship is changing anyway, as governments seek to impound the data so many of us have trustingly uploaded to servers run by companies like Facebook and Google. Why build a national database when you can subpoena one or demand logins at the border?

Like dramatists, lawyers go where the conflicts are. Ten years ago, the landscape did not include today’s data giants. Facebook was a two-year-old upstart, Twitter was barely founded, Apple’s first iPhone was a year old, and Google had been a public company for two years. In 2006, it was hard to imagine a time when Google’s helpfulness was unloved. Four years later, I wanted a divorce.

Today’s biggest repositories of personal data are no longer necessarily governments. GAFA – Google, Amazon, Facebook, Apple – do not have the power to imprison or detain, as governments do, and they build their datasets by seduction rather than compulsion. They and their commercial partners benefit from the greater intimacy of daily contact. Small wonder that Donald Trump saw Facebook as a hidden vector for his campaign.

The early internet’s libertarians imagined that governments could not move quickly enough to command cyberspace. Had the internet remained decentralized that might have been true. Now, however, the population of monthly Facebook users is larger than that of China. Small wonder that we’re seeing so many governments – and media – complain about multinational corporate tax evasion. Or that we’re seeing a string of conflicts over jurisdiction: Microsoft v Ireland, Google v France, and Google v Spain. Apple’s stand-off with the FBI ended in a stalemate but is doubtless only the first of many such stare-downs. In these cases, individuals are wheat grains caught between giant, implacable grinding millstones.

Three recent stories illustrate where we’re headed in these debates. In Notes from an Emergency, a talk given at re:publica, Maciej Ceglowski discussed the state of the “feudal internet” and asked why Europe had ceded the internet to five giant US companies (Google, Apple, Microsoft, Facebook) and suggested how this direction of travel might be reversed. Almost immediately, the news broke that Google intends to “work with publishers” in preparation for adding ad blocking to its Chrome web browser next year, a move that could give Google great control over the content we access and who gets paid for providing it. Finally, Cory Doctorow writes in the Guardian that technology is making the world more unequal – but that technology can fix that by enabling loosely-knit groups to force a redistribution of power at scale. This is what the next few years of privacy debates will look like.

In one sense this may make privacy advocates’ jobs easier. It was always hard to explain why “privacy” mattered. Power, people understand.

2017-06-09
Karolina Janicka
Previous: Tech firms: We’re trying to make our sites hostile to terrorists
Next: Why Theresa May is wrong to weaken encryption