Don't Miss
Home / Writing / Have you ever bonked an Elf? 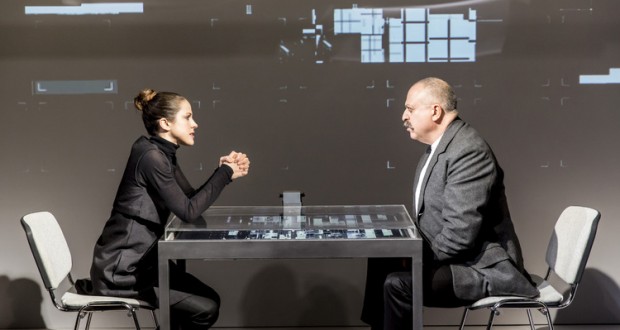 Have you ever bonked an Elf?

Cybersalonistas James Moulding and Morgan Reede went to see what all the fuss was about at The Nether, the latest theatrical take on the virtual realm.

Playwrights have been grappling with the difficult subject of the internet since its mainstream acceptance. The process of incorporating the internet into a theatrical performance can pose significant challenges when trying to bridge the gap between the warmth of human emotion and the unsympathetic presence of technology. Only a few have attempted to crack the code, such as Tim Price, who recently gave us a glimpse into the world of digital activism in Teh Internet Is A Serious Business. However, The Nether finds its success not in its ability to artistically portray the internet on stage, but rather in the important questions that it raises about human nature in the digital age.

The Nether excels in exploring the deeply complex and complicated 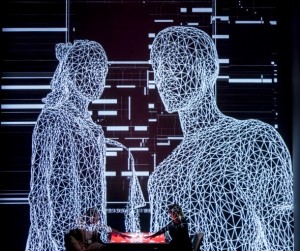 world of internet anonymity and privacy – in perhaps the most dangerous and difficult way. The play revolves around dialogue between Sims and Doyle, paedophiles who have taken refuge in a super-realistic neo-Victorian online virtual realm within the Nether (think Johnny Mnemonic’s cyberspace) and Detective Morris, an agent of the Nether’s own police force. The audience find themselves bouncing between one world, the idealised virtual realm of Hideaway, the heavily encrypted and anonymised space in which paedophiles go to “let off steam without consequence” and the real albeit dystopic world, Morris’s interrogation chamber, gray and austere in comparison amidst a world of environmental degradation.

The core moral, ethical and political contention of the work, is situated in the existence of Hideaway, a programmed space lauded by the characters as the closest virtual approximation to real sensation. Sims constructed Hideaway as a safe space and a business, employing select clients to become the object of his and his customers’ desires. Doyle, an aging teacher of philosophy fulfils this role, anonymously to both client and employer in the form of Iris, acted out by a young girl, a construction of childhood innocence in a digital realm. As the authorities close on the Hideaway server, the question is posed, is it a criminal act if -through technology- 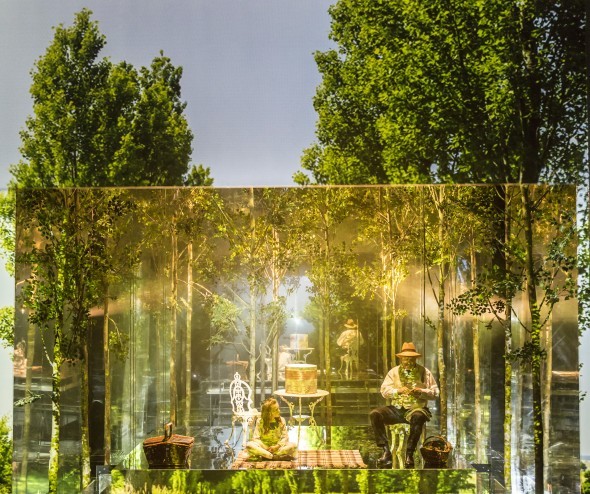 no-one involved is actually a child? In the Nether, Sims argues, cybersex is a common indulgence, “don’t tell me you’ve never fucked an Elf?” he lambasts Det. Morris. The Nether explores whether we have a right, without consequence, to satisy our desires in virtual reality in the guise of an avatar where the victims of perversion aren’t legal entities.

In the world of The Nether environmental collapse plays a key role, distinguishing the verdant virtual and the dystopic, hellish real. Tellingly, Hideaway is constructed as the perfect virtual recreation of a Victorian country estate in the midst of the wider backdrop of industrial revolution, as both the audience and the inhabitants of The Nether are themselves in the midst of technological revolution. This is a world in which we are told a migration is occurring to living lives permanently online, becoming so called ‘shades’ who forgo even seeing their children in the real world weeks and months at a time. This is a serious play pushing the margins around issues of control, of privacy and ethical questions of online anonymity.

In the Q & A, playwright Jennifer Haley told the gathered audience a tale of how the sell-out show came about, largely as a natural evolution and enmeshing of her background in web-design and love for virtual environments. As a full time web designer she found herself sucked into VR environments and games. 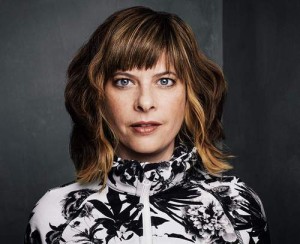 Jen is a self-confessed WoW addict who treasures her in-game screenshots as others treasure family albums. Like her, millions of us trove the virtual realms of EVE, SW:TOR, WoW, Second Life, Elite – building relationships, creating, exploring and adventuring in fictitious realms of non-consequence. Haley’s groundbreaking work forces us to question how might these experiences evolve as technology proceeds apace. Projects such as Seeing I, the real life Nether-shade, and The Nether are helping us to answer and understand these questions, probing the darker consequences of emerging VR/AR technologies.

Previous: Digital Citizenship – Give us the tools and we’ll finish the job
Next: Morgan Reede