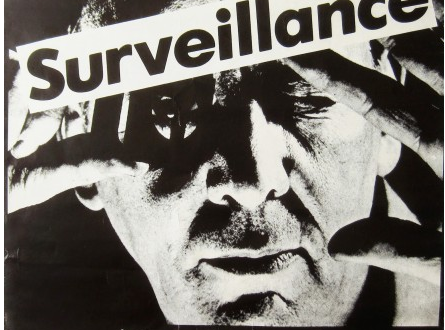 Takeaways from Watching Me Watching You

Lord Kelvin noted back in 1890 that ‘what can be measured, can be managed’. At Watching Me Watching You a new, emerging field of work surveillance was discussed by Cybersalon’s invited speakers. We were delighted to host a very special guest speaker from USA, Chris Dancy, ‘The most connected man on Earth” (www.chrisdancy.com) and Dr Phoebe Moore (Middlesex University), author of new book “Quantified Self” published recently by Routlege.

Cybersalon has researched the development of this new digital trends in self-tracking and workplace surveillance techniques since 2014.

Recent, new developments in the technology of workers’ tracking field prompted us to re-examine where the new work monitoring practice is landing and what are the ethics of the management-by-algorithm.

From Self-tracking to work surveillance

Pheobe Moore’s new book takes a fresh look at history and origins of self-tracking, noting that King Charles II was known to be diligently logging his excrements, as was Salvadore Dali and Buckminster Fuller (who has even given himself a name ‘Guinea Pig B’). Since 2013, self-tracking practice via new digital devices commonly called ‘wearables’ and life-logging personal apps have emerged and now are rapidly moving to workplaces.

Self-tracking data from workers is a new oil for bosses. This process has made the transition from voluntary self-measurement of health and fitness freaks of the early Nike Fuelband to today’s mandatory bio measurement at the workplace, for both professional and blue collar workers. The market for enterprise wearables will reach 9.2bln in 2020. As Dr Moore notes, “sweat, blood and tears of employees can be measured in the digital workplace” at a very low cost. 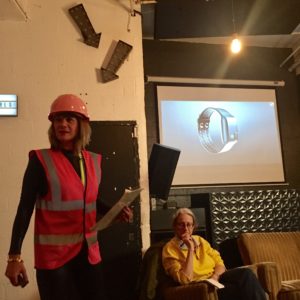 Taylorism and has grown from Time-And-Motion studies to new self-tracking habits measuring Autonomous Self (behaviours or metrics that are not accessible to conscious self, like blood pressure, heart rate, sleep pattern or glucose levels).

Currently rapid digitalisation of supervision of white and blue collar jobs is taking place in US, Europe and Asia. Low cost of data gathering is fuelling the growth of new ‘work surveillance’ industry with no ethical framework . Lack of workers’ protection legislation in Asia is creating a law-less experimentation environment to test wearables and productivity. Those practices are then transferred to Europe. Increasingly, ‘cult of the customer ‘ and ‘customer-centric’ mantra is used to justify machine-driven routing in warehouses and workforce management by algorithm fed by data from wearable devices. 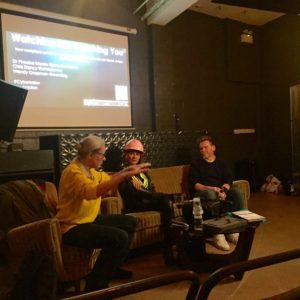 Dr Moore notes that law in UK and US permits any tracking your boss dreams up, as legally the boss is only obliged to make the tracking transparent and ensure all workers are advised where cameras or any tracking devices are positioned (ACAS 2012). Wendy Grossman noted that ‘the company is only obliged to inform employee what happens to the personal data stored and level of cybersecurity implemented to protect personal data”.

In reality cybersecurity of workers’ data is a very low priority for the corporations.

Personal data from work stored by your company is increasingly subject to hacks and digital theft. Even Google employees’ personal data was stolen from an outsourcing office, first in 2007 and recently in 2017. No company is immune from hacking and GDPR /DATA Bill only touches on the right to know what personal data is stored, but does not provide workers with a right to be excluded from company tracking. 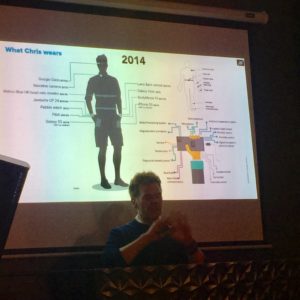 WHO OWNS YOUR BIODATA

Chris Dancy, a self-described hyperconnected man and one of the early pioneers of self-tracking, notes that in 2020 your bio data will be part of your work appraisal.

Current discussions on Personal Genetic Data use are not public, and new forums for the ethics of biodata are urgently needed.

Low cost of bio data acquisition, storage and transformation encourage bosses to use it for performance management and recruitment.

Chris also notes the risks of hegemony of apps on mobile phone : “we don’t download apps, we download habits”. He wants people to reflect on the personal data extraction at work and to become ‘The Mindful Cyborgs”, aware of their data leaks and prepared to defend the personal data using digital security tools.

As Wendy Grossman emphasized, in theory US genetic data should not be used at part of employer recruitment or promotion decision making. In practice, ever since NASA started tracking bio data of astronauts, the access to your personal and bio data has grown to be relatively easy and the acceptance of work use is growing. 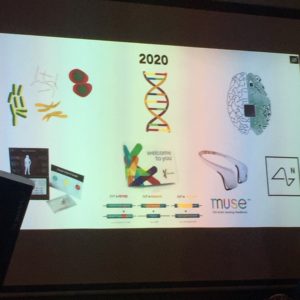 Chris pointed out that Obama was not allowed Blackberry when he was elected, due security worries. Yet, only 5 years later he was wearing Fitbit, streaming his heart rate and despite increased security threat, internal FBI rules permitted his Fitbit use.

Both Chris Dancy and Dr Moore raised the point of rapid adoption of self-tracking via wearable devices for health, that now provide a feed to work and personal data uses that were not originally acceptable and legally admissible for work context.

The temptation of paying lower medical insurance fees in US is the carrot used on workers to accept wearing measuring devices and self-reporting (see BP). In EU workers at Amazon depot were noted to be equipped with GPS tracking devices. The new term ‘networked labour’ is not leading to the self-empowered worker, and not to what Californian self-tracking movement promised, but possibly creating a new tool kit to deprive employees of agency and meaning at work.

As Chris Dancy observes, ‘if it can be measured, somebody will, and it should be you”, somewhat appropriately updating Lord Kelvin’s phrase for 21st century.

In the meantime, he measures sleep patterns of his employees to help them to stay productive, which in itself is controversial but in this case a voluntary activity in a “trusted environment”.

We are living in technological determinism era, and as Chris warns, “what can be measured, will be measured” and will be used against employees. Workers need to be aware and work on methods to protect their ‘digital footprint’. In the future, the wealthy few will be employing Personal Digital Security Assistants to track and minimise their personal digital footprint.

In near future the risk of losing a job due to a sub-optimal signal in your biodata will the new normal.

2017-11-16
@EvaPascoe
Previous: Dawn of the New Everything with Jaron Lanier – Virtual Futures Salon
Next: Counterfactuals – Net.Wars by Wendy Grossman