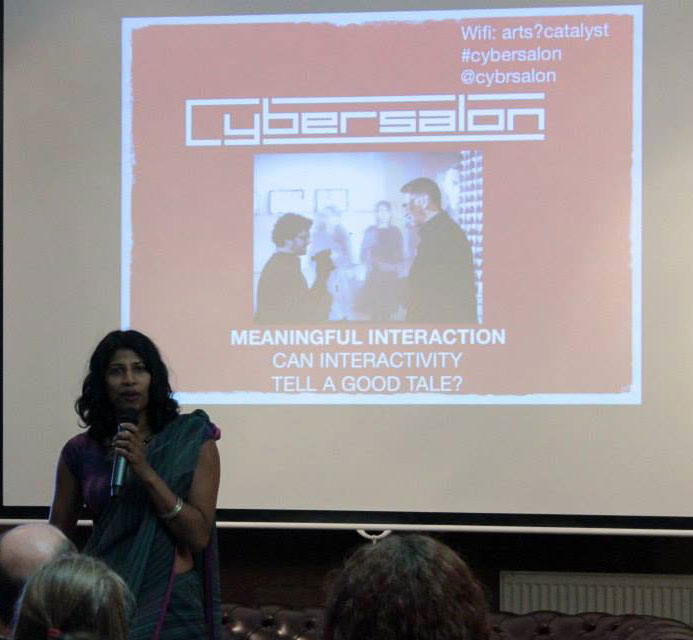 Sleeping with the enemy, can interactivity and stories get along?
How do brands create meaning in an interactive world?
How can multiple authors create a compelling narrative?

The evening kicked of with the Chair, Niki Gomez wearing a beta version of the Keith Khan Sari – a contemporary East London take on a traditional Indian garment. The Saris are digitally printed and currently selling in India’s coolest boutique with the aim of building a luxury brand. 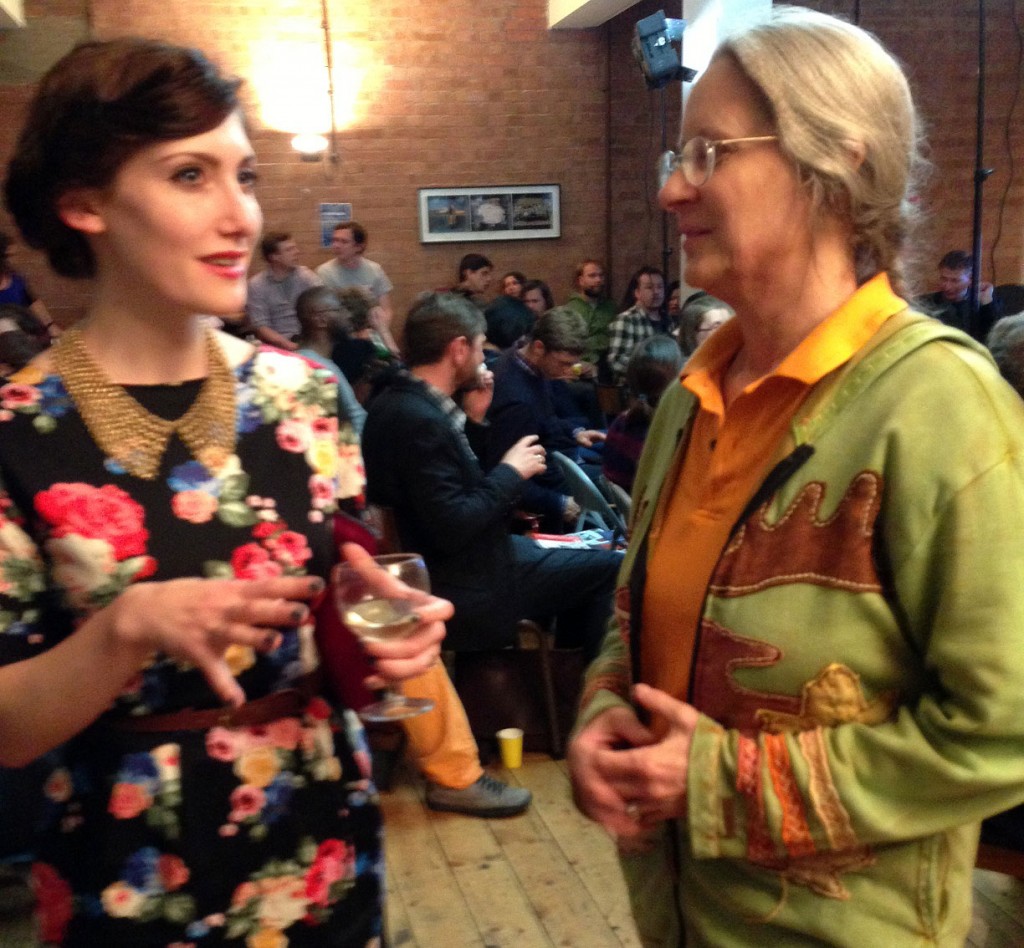 This event was a tribute to Andy Cameron, a visionary interaction designer and academic who passed away exactly one year ago. He was co-founder of the Hypermedia Research Centre, Antirom and Cybersalon. He was also Creative Director of Benetton’s Fabrica Lab, Italy and Weiden + Kennedy, London.
In 1994 Antirom was one of the first creative collectives to treat interactivity as a medium in its own right, rather than simply a way to access content. Antirom also blurred the line between artist and commercial agency. 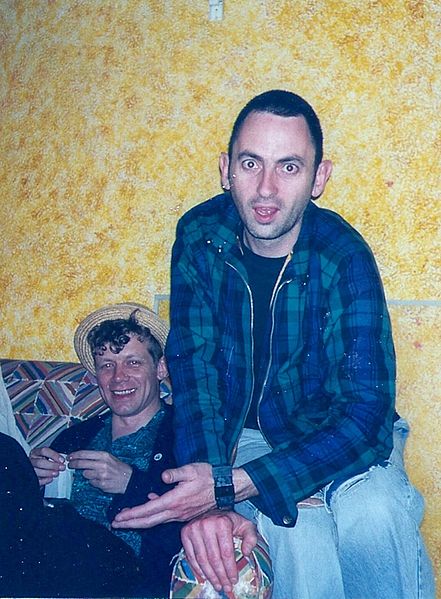 The Speakers:
Tom Roope
Co-founder and Creative Director of The Rumpus Room, a top creative agency that specializes in audience engagement for brands, and early member of Antirom. Antirom were pioneers in subverting the medium of CD-ROM which were high bandwidth and allowed for great creative freedom for multimedia content (CD-ROMs were the Apps of the 1990s). The 12 members of Antirom came out of the University of Westminster and were seen as the punk creatives who changed the way multimedia was designed- they moved away from linearity and button clicking which they found mediocre and boring. 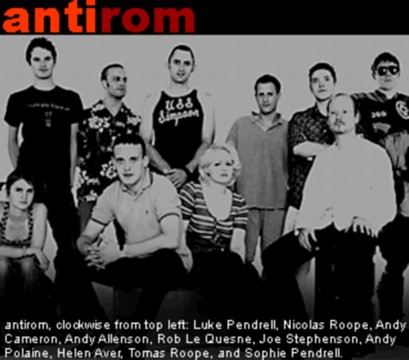 Antirom, for instance, took video and showed it at a small size, almost as a disrespectful miniature of the potential of full screen. They also introduced randomness into their narratives, so the audience never knew which interactive toy would come next. Their work was playful, irreverent and took the narrative to dizzy new heights with super experimentally.

Tom showed work which had inspired him and Antirom- which included Grandma and Me– a children’s experience. He then showed Burn:Cycle by TripMedia (Jeremy Quinn and David Collier) – a cyberpunk CDi complete with techno soundtrack that encompassed puzzle play and 3D graphics with live action footage to produce a dystopian vision of the future; BlindRom– Gerald van der Kaap’s CDRom- An anarchic intervention into interactive technology, the personal and the social combine in this fragmentary and kaleidoscopic work, as described by the Jury of the Berlin Videofestival’95.
Tom explained that the TV show Big Brother actually fulfilled Antirom’s vision of a successful interactive narrative which combined social experience in real time with gaming elements and the illusion of control by the participants.

Tom went on to show The Rumpus Room’s work for Xbox 360 – a collaborative story where users could send a short recording of Lily Allen’s song which was combined into a gigantic collective portrait of the star, made up of her fans. Tom said how seeing it always made him shed a tear – the emotional effect of what happens when you give power to the people.

“Is a cat playing a guitar a story?”, asked Tom as he showed a recent work by The Rumpus Room which gave tools to people to record their own X Factor talent through the Web and if selected were shown on TV in the ad breaks.

Tom talked about the shift from the Creative as author towards being a curator – the change being the move from architect towards gardener. Today’s creatives, he said can be more nurturing of other people’s self expression – brands can give people a platform to share, something bigger than people can do on their own.

Nik spoke about the importance of stories in our culture illustrating it with the example of Marcel Duchamp- how he changed the way we think about art without necessarily seeing the Urinal work, but rather hearing about it and retelling its story. He continued that Storytelling should be seen as first and foremost a carrier of meaning and a way for people to connect with the world. The format that stories are told in is secondary. Tradition makes stories solid, and people who get used to certain solid formats panic at any sign of defection from it.

Poke has done some ground-breaking work such as the Global Rich List: a new shocking way of telling a story through data- giving it a real ‘you’ context, rather than comparing you to the global elite, it compares you to the entire global population.

Nik also showed Poke’s work on the Manchester City website– giving the fans the chance to create content and share their outputs live in the stadium during the big games.

He also showed The Teens’ Speech– giving teenagers a platform on a par with the Queen’s Speech on Christmas Day.
Another Poke work- Make Hackney Sparkle – over Christmas on a specific Shoreditch, London street people texted and checked in on FourSquare, in return they got a real snowstorm as well as a great music soundtrack –‘Let it Snow’ by Dean Martin. The snow was triggered by the use of electronics and a snow machine! Magic!

Can we have something that’s interactive and have a narrative? Do games have narratives, can they succeed as narrative mediums?

Traditionally games are about being in the moment and therefore do not have strong narratives during the time of play, narrative usually comes afterwards when telling the story of what has happened. It was pointed out by an audience member that now we have gamification, but perhaps we need narrativisation- using the gaming environments to tell narratives.

The games versus narrative is an old debate that we’ve been having for the last 20 years and the Roope brothers are of the view that stories and narrative can be different things. We should use all types of media and formats to tell stories- and what constitutes stories has changed. Stories do not necessarily mean narratives. The advertising and creative industries are ready and able to provide interactivity through a crossing of formats and mediums for the final output. The illusion of interactivity is also something the Roopes are conscious of and try not to make their audiences ‘feel like puppets’.

From 1987 – 1993: The pre-Net CD-ROMs gave unbounded creativity in multimedia with unlimited bandwidth. In 1994 the Net came along with super limited bandwidth- this discouraged interactivity and multimedia. As bandwidth slowly started to improve and broadband arrived, it turned opportunities back to the creativity options of the CD-ROM era. Then the creation of the tablet gave rise to apps and larger sized formats.

The Future?
The future looks very exciting- as we move towards unlimited bandwidth- games can meet video, live data feeds and the e-book. The potential for massively collaborative simultaneous experiences between new online global audiences is something we are looking forward to!
The trend used be narrative and then play and is now both of these, as well as being about people and sharing through social media.

Tom Roope: “Instagram makes my life look more interesting than it is. We’re only really interested in making our own brand (us) look cool”.
The most important thing is Brand Me. “Unmediated performances like the Olympics makes me cry” – the showing of raw emotion.

An audience member brought up the integration of personal biometric and physiological data into experiences which can be shared, creating totally new found experiences and narratives.

Thanks to all those who made this another great Cybersalon with big debates around important issues.

See you on 29th June at Mobile Culture: Hacks, Hackers and Radicals. 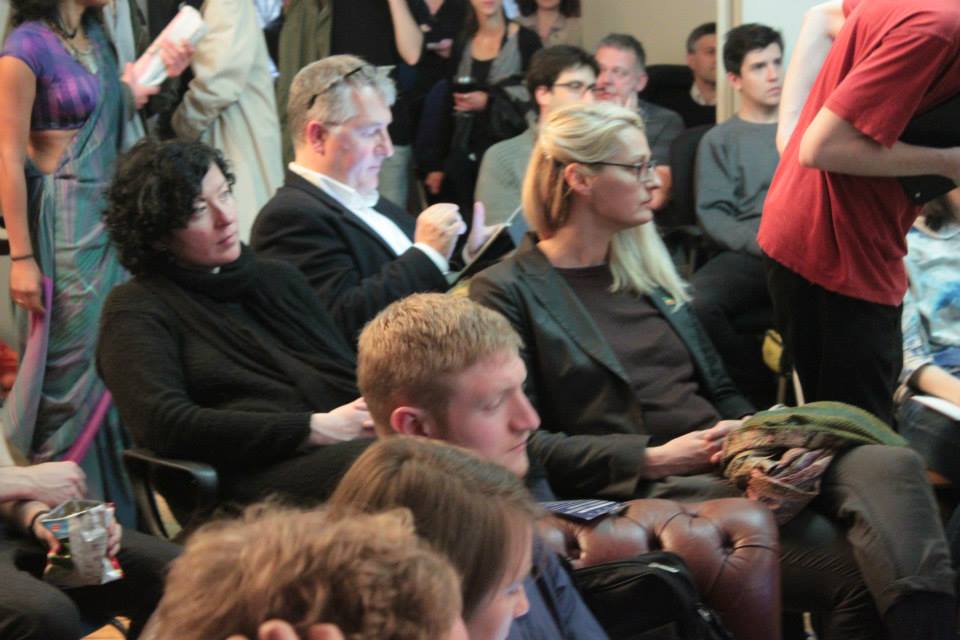 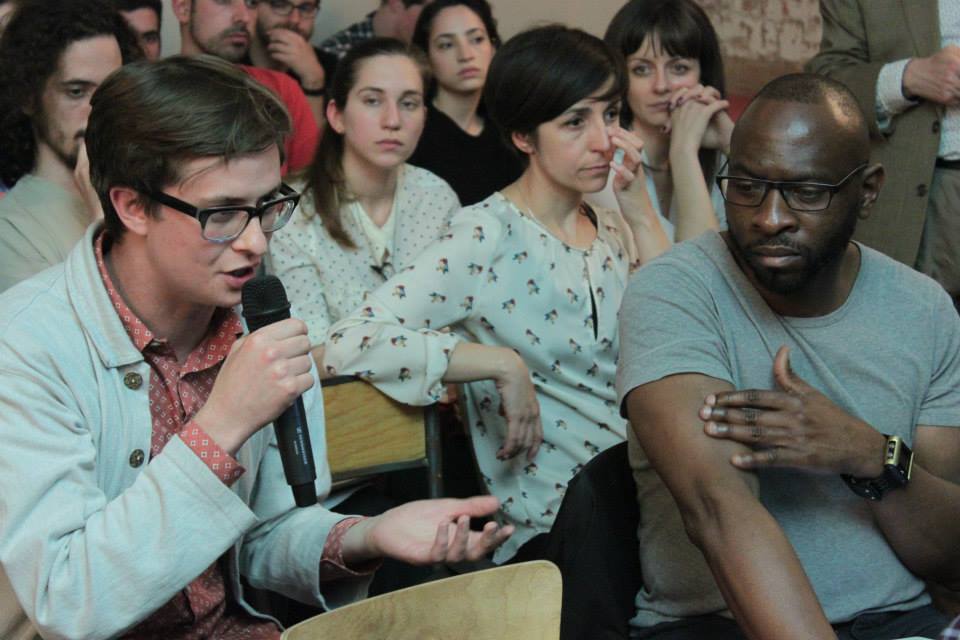 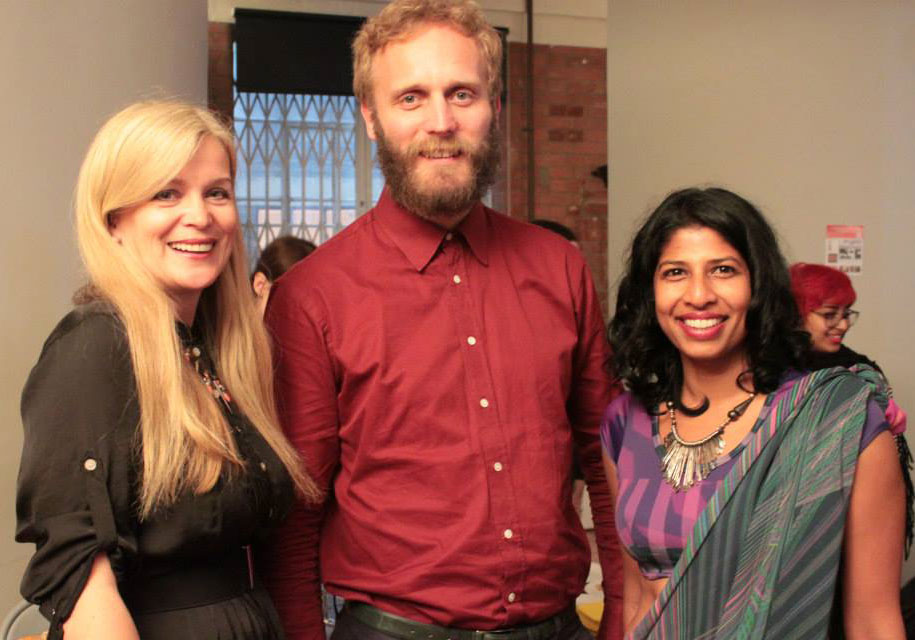