Don't Miss
Home / net.wars / What the Internet is not for? – Net.Wars by Wendy Grossman 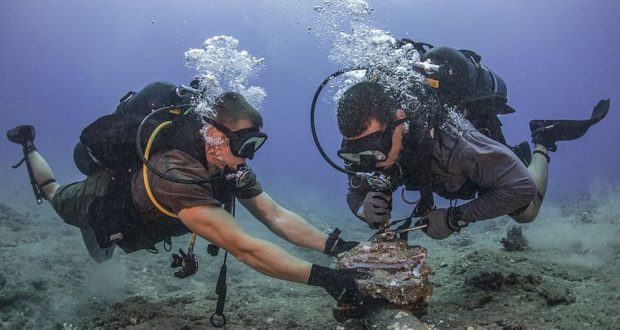 What the Internet is not for? – Net.Wars by Wendy Grossman

It may seem unfair to keep busting on the explosion of the Internet’s origin myths, but documenting what happens to the beliefs surrounding the beginning of a new technology may help foster more rational thinking next time.

Today’s two cherished early-Internet beliefs: 1) the Internet was designed withstand a bomb outage; 2) the Internet is impossible to censor. The first of these is true – the history books are clear on this – but it was taken to mean that the Internet could withstand all damage. That’s just not true; it can certainly be badly disrupted on a national or regional basis.

While the Internet was new, a favorite route to overload was introducing a new application – the web, for example. Around 1996, Peter Dawe, the founder of one of Britain’s first two ISPs, predicted that video would kill the Internet. For “kill” read “slow down horribly”. Bear in mind that this was BB – before broadband – so an 11MB video file took hours to trickle in. Stream? Ha!

In 1995, Bob Metcalfe, the co-inventor of ethernet, predicted that the Internet would start to collapse in 1996. In 1997, he literally ate his column as penance for being wrong.

It was weird: with one of their brains people were staking their lives on online businesses, yet with another part the Internet was always vulnerable. My favorite was Simson Garfinkel, writing “Fifty Ways to Kill the Internet” for Wired in 1997 who nailed the best killswitch: “Buy ten backhoes.” Underneath all the rhetoric about virtuality the Internet remains a physical network of cables. You’d probably need more than ten backhoes today, but it’s still a finite number.

People have given up these worries even though parts of the Internet are actually being blacked out – by governments. In the acute form either access providers (ISPs, mobile networks) are ordered to shut down, or the government orders blocks on widely-used social media that people use to distribute news (and false news) and coordinate action, such as Twitter, Facebook, or WhatsApp.

In 2018 , governments shutting down “the Internet” became an increasingly frequent fixture of the the fortnightly Open Society Foundation Information Program News Digest. The list for 2018 is long, as Access Now says. At New America, Justin Sherman predicts that 2019 will see a rise in Internet blackouts– and I doubt he’ll have to eat his pixels. The Democratic Republic of Congo was first, on January 1, soon followed by Zimbabwe.

But the less-worse thing about the acute form is that it’s visible to both internal and external actors. The chronic form, the second of our “things they thought couldn’t be done in 1993”, is long-term and less visible, and for that reason is the more dangerous of the two. The notion that censoring the Internet is impossible was best expressed by EFF co-founder John Gilmore in 1993: “The Internet perceives censorship as damage and routes around it”. This was never a happy anthropomorphization of a computer network; more correctly, *people* on the Internet… Even today, ejected Twitterers head toGab; disaffected 4chan users create 8chan. But “routing around the damage” only works as long as open protocols permit anyone to build a new service. No one suggests that *Facebook* regards censorship as damage and routes around it; instead, Facebook applies unaccountable censorship we don’t see or understand. The shift from hundreds of dial-up ISPs to a handful of broadband providers is part of this problem: centralization.

The country that has most publicly and comprehensively defied Gilmore’s aphorism is China; in the New York Times, Raymond Zhong recently traced its strategy. At Technology Review, James Griffiths reports that the country is beginning to export its censorship via malware infestations and DDoS attacks, while Abdi Latif Dahir writes at Quartz that it is also exporting digital surveillance to African countries such as Morocco, Egypt, and Libya inside the infrastructure it’s helping them build as part of its digital Silk Road.

The Guardian offers a guide to what Internet use is like in Russia, Cuba, India, and China. Additional insight comes from Chinese professor Bai Tongdong, who complains in the South China Morning Post that Westerners opposing Google’s Dragonfly censored search engine project do not understand the “paternalism” they are displaying in “deciding the fate of Chinese Internet users” without considering their opinion.

Mini-shutdowns are endemic in democratic countries: unfair copyright takedowns, the UK’s web blocking, and EU law limiting hate speech. “From being the colonizers of cyberspace, Americans are now being colonized by the standards adopted in Brussels and Berlin,” Jaccob Mchangama complains at Quillette.

In the mid-1990s, Americans could believe they were exporting the First Amendment. Another EFF co-founder, John Perry Barlow, was more right than he’d have liked when, in a January 1992 column for Communications of the ACM, he called the US First Amendment “a local ordinance”. That is much less true of the control being built into our infrastructure now.

Illustrations: The old threat model: Seabees remove corroded zinc anodes from an undersea cable (via Wikimedia, from the US Navy site.)