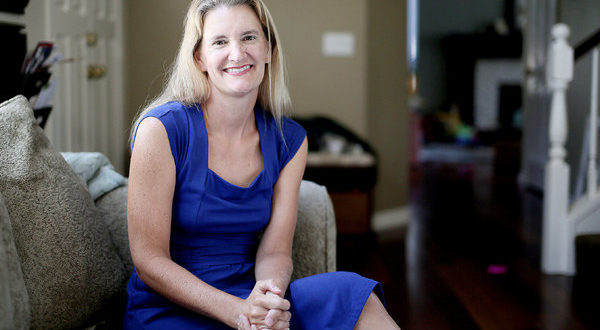 “I have young children at home. I have to be in touch.” The woman next to me in the stalls at The Book of Mormon in 2013 was defensive and a little angry when I commented blandly during the intermission that her texting during the last third of the first act (!) was distracting. I’m old enough that when my parents went out they told the babysitter where they were going, and that was it.

But time has moved on, and today’s teen panic is about smartphones. Jean M. Twenge, writing in The Atlantic, asks, “Have smartphones destroyed a generation?” and predicts that today’s teenagers are all on the verge of a mental health crisis. She has charts – how much they date, sleep, hang out with friends, feel lonely, have sex. All, she says, trending downward since 2007, when the iPhone was released. Cause! Or just correlation?

In a non-expert view, I think that this generation, too, will find their way. Some of these things aren’t necessarily bad: less driving, given climate change, for example. It’s also kind of hilarious to see someone concerned that teens are less sexually active; how can a dropping teen pregnancy rate be a bad thing?

The 2016 MTF survey finds that teen drug use is also dropping, even marijuana, despite legalization (if you don’t go out, where do you get your drugs?). In the results presentation, NIDA spokespeople suggest that social media, cellphone use, and videogaming might be providing substitute activities, which they thought is worth investigating. I can’t find the questions about relative happiness that Twenge refers to. However, it’s notable that on most of her charts – driving, dating, and hanging out – the trend line was already heading downwards years before the iPhone. Sex plateaued long before 2007, and turned downward only around 2013, as did sleeping less. So the only chart that really matches Twenge’s claim is loneliness, which hit bottom in 2007 and has climbed ever since, passing 1991 levels in about 2012-2013. What did it look like before 1991? We don’t know. How much of that loneliness can be traced to economic issues following the 2007 financial crisis? Ditto.

Nor do we know for sure if there is a cause-and-effect relationship – or, if there is, whether teens are more depressed because they’re spending more time using screens or are screen-bound because they’re depressed. At the Parenting,digital blog, Sonia Livingston raises exactly this point regarding new research from ParentZone that finds school principals attributing increasing levels of mental health problems among their students to…the internet. In this case, too, we don’t, as Livingston writes, really know. What we do know, from many, many sources, is that people with mental illness struggle desperately to find help.

In the midst of all this angst, it’s cheering to read William Vaughan’s blog posting Trusting Our Kids and the World, in which he discusses the theme I began with: kids have far less physical independence than in any previous generation. The pictures of missing kids on milk cartons, the ads on TV when I was 20 asking, “It’s 10 pm. Do you know where your child is?”, and a load of other media-fanned fears about abduction, child abuse, and other dangers have all served to gradually enclose teens in their bedrooms. The screens may be the only thing that makes that enclosure tolerable. Say you limit screen time, as so many advisories recommend. Then what?

At the Guardian, Emma Brockes ponders the right way to handle a reader’s two-year-old’s obsessive interest in her phone. Brockes notes her own toddlers’ alarmingly addict-like behaviour when she tries to reclaim her phone, and hilariously frets over discovering that one of them spent 12 minutes watching Geico ads back to back. I surmise said child liked the *animated talking lizard*.

Brockes, however, hits the main point with absolute clarity: she worries more about her own screen time than her children’s, because, like most people, when she’s on her phone she’s utterly absent from the world around her. It’s patently unfair to load extra burdens on parents who are working two jobs and wondering if they can make rent, or get out of debt. But walking in my neighborhood in any direction you’ll find parents engrossed in their phone while shepherding their kids somewhere. Now, I know that a one-year-old isn’t always the best of company, but interacting with them is your investment in your mutual future. In her 2016 book, Reclaiming Conversation, Sherry Turkle found many children who wished their parents would stop Googling and talk to them. We should, she wrote, listen and obey. Maybe start there.