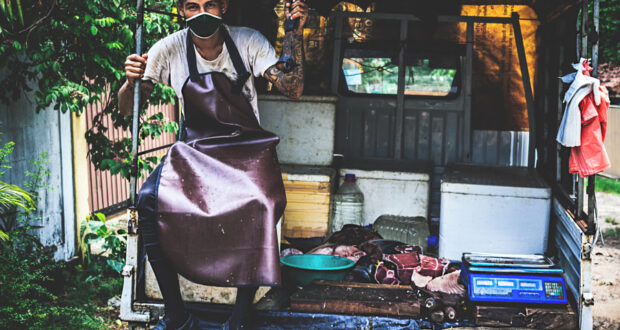 Niki Gomez, a co-founder of Cybersalon.org moved back to her homebase of Sri Lanka, after 25 years in the UK.

Following a Work from Home week, the government suddenly announced that we were to go into a state of Curfew. Not lockdown. This word brought back some bad memories- of the 25 year long civil war, when curfew was a daily thing. Curfew means not being able to go out of the house at all, ever.

They didn’t explain how to get essentials. Foreign friends of ours who worked at embassies and the like, took the last flights out of the country that same day. So as we wondered how we’d survive, things slowly fell into place. 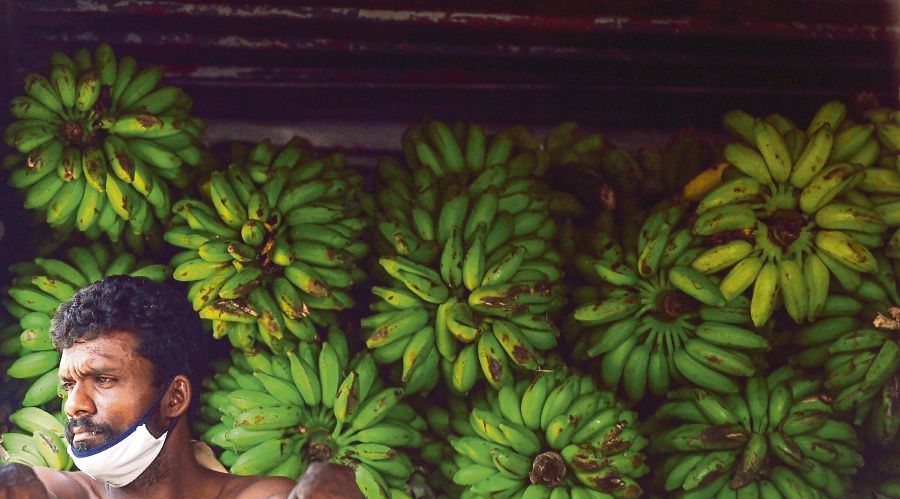 Up to this point Sri Lanka was not a place with delivery and e-commerce. I’ve been living here for almost 4 years, moving from India where I’d been CMO at a delivery start up called Scootsy where “the best of Mumbai delivered” (in one hour)- was our tag line. We delivered everything. So did other companies- India had delivery options.

In contrast, Sri Lanka, a country of 20 million, hardly had any delivery services. There were e-commerce sites and some mobile apps for delivery of consumer goods. For food though there was only really Quickee, a start-up which delivered food at a speed that led us to dub it ‘Slowee’. Then a year ago Uber Eats entered the market. People’s behavior started to change and it became a roaring success. Sri Lanka has a good amount of software engineers and techies- it’s a back office for many tech companies around the world including Sysco (US restaurants PoS).

Fast forward to Cornonavirus 2020. After curfew was announced, we tried ordering from the main supermarkets like Keels and Cargills, but they didn’t do online delivery.

What’sApp became the place for people sharing flyers of milk from this guy, eggs from that guy and chicken from another. For fruit and veggies try this company. But everyone was overwhelmed at the beginning and deliveries were hard to come by.

Then portals were set up listing all the different suppliers.  The first guys to self -organize were the small producers- farms and dairies and the like getting curfew passes from the police and delivering. The supermarkets took a while to get online and when they did, were ordered to full capacity within minutes.

Then local entrepreneurs got on board- Lassana Flora, a flower delivery service was one of the first to use its cold supply chain and online platform for delivery of fruit and vegetables; a hotel booking app called YOHO created a ‘Mart’ section in their mobile app to team up with the supermarkets to manage orders and deliveries. 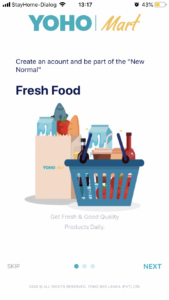 One of the most innovative I’ve seen is a digital media company now delivering sashimi grade tuna and other customized fresh produce to your door same day. Our local answer to Uber, Pick Me has added different grocery suppliers on to their app, effectively creating ‘Pick Me Eats’.

The government gave curfew passes to another type of local entrepreneur- the ones who set up truck deliveries to cater for those on the other end of the digital divide- those who couldn’t pay the delivery charges and minimum order quantities, may not have credit cards and who weren’t necessarily in those WhatsApp circles.

Our housekeeper’s sister, Leila, lives on the street next to us in central Colombo. She lives in a small slum and she became the person with the local food intel. She knew every single local supplier and when they would be passing, many came from her street.

One of her neighbours had a vegetable stall in pre-Corona life, got a pass from the police in COVID times and now goes daily to the main market, buys fresh produce and delivers in the local area.

Thanks to Leila, we know exactly when the different sellers will be passing by. When the fish tuk tuk will drive by – that’s a rickshaw with delicious fresh sardines, tuna and red snapper. My Italian husband loves this guy!

Then there’s our fruit and veg trucks and the fresh bread van. They all come by daily, door to door. Last week we were on our (perhaps illegal but no one has said anything) short walk with our dog and infant, when two trucks went by, shouting out that they had meatballs and other meat produce. We stopped them and bought. 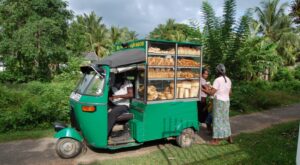 It’s all a bit random and jugaad (Indian style opportunistic innovation), but it works. We’re in Week 7 now and we’ve got pretty much everything we need. The community stepped in and got us what we needed. It’s mango season and our daughter charmed our neighbor, the one with the huge mango trees in their garden, into giving us bags of them! As Deepak Chopra would say there’s abundance right there! Local communities have been strengthened, we actually know our neighbours now.

We supplement these basics with the ‘wealthy people’s services’ – from dark chocolate gelato to freshly baked croissants and delicious burrata from other entrepreneurs. Payment is based on trust, often with delivery happening first and bank transfer later (can also pay cash and portable card machines.)

The government has banned imports for the next 3 months, which means we’ll be forced to go more local. My only worry is wine. Let’s hope the stocks last. Right now they’ve banned selling all alcohol. Imagine the UK doing that, they’d have a huge revolt on their hands. Here, the reason seems to be to avoid domestic violence. Let’s hope our sacrifice is working.

2020-05-10
cybersalon
Previous: What Covid App UK and French Minitel have in common?
Next: Stay Alert: Digital Skills Training in the New Normal