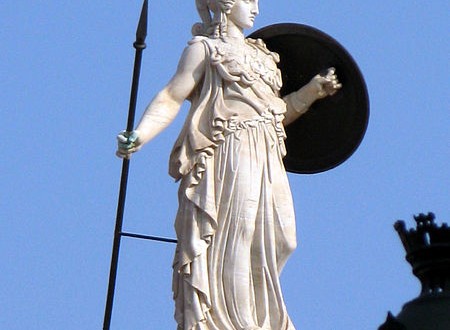 Hackathon in Athens – Data To The People!

If you could wave a magic wand – what would you do to improve services and systems for citizens of Greece?

This workshop invites enthusiasts, creatives, practitioners, artists and techies to work together and create solutions and systems that improve urban life, show Greek culture as well as its flora and fauna in the best possible light and set to create alternative tools and approaches to better everyday life, engage a community, raise social issues and highlight social inequalities.

Open Data hold a real potential for creating applications and systems focused on  particular localities, problems and peoples, with greater insight, transparency, accountability, and broader involvement and engagement than is often found in political institutions and commercial applications. Our hack-a-thon will address questions such as, “What is Open Data?”; “How can Open Data be used to better everyday life?”; Can it be said that there is an opportunity in Greece right now, to build from the bottom up, along new paths and in new directions?

The Cybersalon hackathon will be using Open Data and Open Data sensors from  a variety of Open Data APIs based in Greece (https://ellak.gr; https://theodi.org/nodes/odi-athens).
The Hackathon will be an opportunity to explore the possibilities of open data and their specific application within a theme and context of bettering everyday like, well being, raising social issues and bettering a particular locality of peoples. It welcomes any level of technical competency. The hackathon will offer a variety of freeware software tools that can be used to build prototypes (working or demos). Participants will be asked to conceptualise and design projects using a set of resources and tools. At the end of the Hackathon the best concepts/ and working demos will be selected and presented at the Hybrid City Data to the People conference.

In terms of project actualization, the Hack-a-thon has a three way approach and will be awarding prizes and recognition to submissions in any one of these three groups:
1. No-moving-parts Concepts of Data – eg: non functioning demos or mock ups.
2. Interpreting Data – eg: data visualizations or interactives.
3. Capturing, Publishing & Consuming Data – eg: mobile or web apps or sensor applications.

Possible themes include but are not limited to:
– Positive representation of Greece’s contemporary identity.
– Open Data sets ( for tourism and entertainments) such as Blue flags beaches – can you create an app or map that depicts the best places to swim in Athens or Greece?
– Migration and reconciliation in urban leaving ( use the most recent census data – compare and contrast stats and create data visualisations)
– Social awareness of the City of Athens and its multiple tribes.
– Pollution and waste. Use the latest technology in open data environmental sensors, measure pollution and create an innovative approach in the representation of the data.