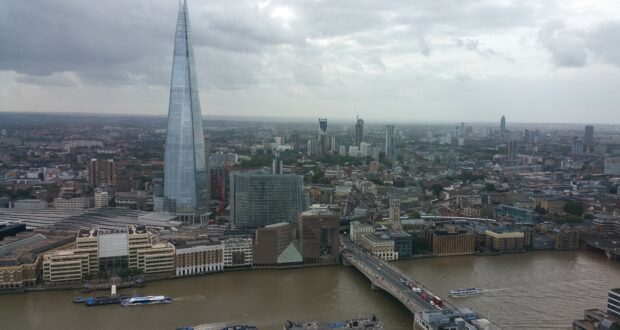 Anyone studying my travel patterns on the London Underground will encounter a conundrum: what makes a person undertake, once or twice a week, a one-way journey into the center of town? How do they get home?

For most people, it would remain, like Sudoku, a pointless puzzle. For Transport for London, the question is of greater importance: what does it plan for? On Monday, at an event run by the Greater London Authority intelligence unit to showcase its digital tools, a TfL data analyst expressed just this sort of conundrum. I had asked, “What’s the hardest problem you’re working on?” And he said, “Understanding human behavior.” Data shows what happened. It gives no clue as to *why* unless you can map the data to other clue-bearing streams. If you can match the dates, times, and weather reports, the flood onto and into buses, trains, tubes, and taxis may be clearly understood as: it was raining. But beyond that…people are weird.

And they’re numerous. As London’s chief digital officer, Theo Blackwell, said, London is now the largest it’s ever been, only recently passing the peak it reached in 1939. Seventy-odd years of peace and improving public health has enabled uninterrupted growth to 9 million; five or six years hence it’s expected to reach 11 million, a 20+% rise that will challenge the capacity of housing and transport, and exacerbate the impact of climate change. Think water: London, is drier than you’d expect.

A fellow attendee summed this up this way: “London has put on an entire Birmingham in size in the last ten years.” Two million more is approaching the size of greater Manchester. London, in a term used by Greenwood Strategic Advisors‘ Craig Stephens, is an “attractor city”. People don’t need a reason to come here, as they do when moving to smaller places. As a result, tracking and predicting migration is one of the thornier problems.

TfL’s planning problems are, therefore, a subset of the greater range of conundrums facing London, some of them fueled by the length of the city’s history. David Christie, TfL’s demand forecasting and analytics manager, commented, for example, that land use was a challenge because there hasn’t been an integrated system to track it. Mike Bracken, one of the founders of the Government Digital Service, reminded that legacy systems and vendor lock-in are keeping the UK lagging well behind countries like Peru and Madagascar, which solve services in 12 weeks. “We need to hurry up,” he said, “because our mental model of where we stand in relationship to other nations is not going to stand for much longer.” He had a tip for making things work: “Don’t talk about blockchain. Just fix your website.”

Christie’s group does the technical work of modeling for TfL. In the 1970s, he said, his department would prepare an input file and send it off to the Driver and Vehicle Licensing Agency’s computer and they’d get back results two months later. He still complains that run times for the department’s models are an issue, but the existing model has been the basis for current schemes such as Crossrail 1 and the Northern Line extension. What makes this model – the London Simulator – sound particularly interesting was Christie’s answer to the question of how they validate the data. “The first requirement of the model is to independently recreate the history.” Instead of validating the data, they validate the model by looking to see what it’s wrong about in the last 25 years.

Major disruptors TfL expects include increasingly flexible working patterns, autonomous vehicles, more homes. Christie didn’t mention it, but I imagine Uber’s arrival was an unpredictable external black swan event, abruptly increasing congestion and disrupting modal share. But is it any part of why the car journeys per day have dropped 8% since 2000?

Refreshingly, the discussion focused on using technology in effective ways to achieve widely-held public goals, rather than biased black-box algorithms and automated surveillance, or the empty solutionist landscapes Ben Green objects to in The Smart-Enough City. Instead, they were talking things like utilities sharing information about which roads they need to dig up when, intended to be a win for residents, who welcome less disruption, and for companies, which appreciate saving some of the expense. When, in a final panel, speakers were asked to name significant challenges they’d like to solve, they didn’t talk about technology. Instead, Erika Lewis, the deputy director for data policy and strategy at the Department for Culture, Media, and Sport, said she wanted to improve how the local and city governments interface with central government and design services from the ground up around the potential uses for the data. “We missed the boat on smart meters,” she said, “but we could do it with self-driving cars.”

Similarly, Sarah Mulley, GLA’s executive director for communities and intelligence, said engaging with civil society and the informal voluntary sector was a challenge she wanted to solve. “[They have] a lot to say, but there aren’t ways to connect into it.” Blackwell had the last word. “In certain areas, data has been used in a quite brutal way,” he said. “How to gain trust is a difficult leadership challenge for cities.”

Illustrations: London in 2017, looking south past London Bridge toward Southwark Cathedral and the Shard from the top of the Walkie-Talkie building.