The illusion of sovereignty – Net.Wars by Wendy Grossman

Posted by: Karolina Janicka in net.wars, Writing November 19, 2016 Comments Off on The illusion of sovereignty – Net.Wars by Wendy Grossman 2,235 Views In the mid 1990s, John Perry Barlow, who later (1996) fleshed out his thinking in A Declaration of the Independence of Cyberspace, used to say that on the internet everything is global and everything is local, but nothing is national. He’s been very consistent about this belief in the death of the nation-state; just a few days ago on Twitter, he posted that “Those who disagree with my assertion that “national sovereignty” is now good as dead… Note well that #Wikileaks is a “foreign power.”

A foreign power that’s had to take refuge in the spare bedroom of London’s Ecuadorian embassy? OK. 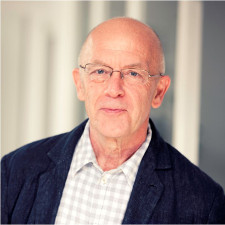 Yesterday, at the UK Internet Governance Forum meeting, Andrew Puddephatt commented that “We are seeing the erosion of the rules-based international order that was established in 1945, which won’t be good for the internet.” Or at least, the internet as we have known it. Some may think that’s a good thing.

In today’s news, Russia is blocking LinkedIn on the basis that the US company is vilating local data storage laws. The Investigatory Powers bill has passed both houses of Parliament and now awaits only the Queen’s blessing. And everyone everywhere is fretting about fake news: who needs a state-sponsored propaganda machine when the internet – and even more so, television – will let you pick your own funhouse mirror?

In the same panel, David Souter summed up the conflict, “The internet is internationalist but today”s geopolitics is not.”

Therein lie two paradoxes. The first is that nations are squabbling because everyone wants both surveillance and security. Both the US and the UK are adopting policies to allow them to access everything anywhere, whether via technical means such as “bulk equipment interference” (hacking) or via legal demands. Presumably the former is intended to enable the latter, as in, “Show us the data or we’ll take it anyway.” Meanwhile, many countries would like, in name if not in reality, to be able to claim their citizens are protected from such snooping through these data localization laws. The two goals are, of course, completely incompatible – but also likely impossible, and for the same reason: no country can completely control its own computer software and hardware.

The second is that the reason we are having this conversation right now is the results of popular votes: first the British EU referendum and second the US election. Even if you think the incoming president-elect will destroy 70 years of liberal values, refusing to accept the vote (perhaps in favor of the electoral college) will end 240 years of those same social norms and liberal values that have seen power peacefully transferred. Which form of destruction would you prefer?

However, the question of how and whether governments are going to be able to tear the internet apart is particularly pertinent because of the recent transition in governance: on October 1, the US qlet go the last vestiges of control and the transition to a multi-stakeholder model of governance was completed. ICANN is now independent. 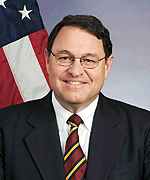 At UK IGF, Lawrence Strickling, the head of NTIA, warned that it’s essential to be vigilant about the multi-stakeholder model. “Threats can come from unexpected places,” he said, and protecting it requires participation.

Souter brought up the example of the World Bank’s 2016 report, which noted, for example, that while the internet has spread rapidly throughout the world, the development benefits have lagged behind and, worse, the internet has promoted helped worsen inequality(a view Yochai Benkler has noted applies even more to the distribution of power).

That was just one of the problems Souter foresaw going forward. One danger, he said, is that the multi-stakeholder model the IGF is a part of will become an increasingly self-satisfied collaboration of like-minded people, primarily northern governments and civil society. Governments that, by contrast, are not seeing benefits might prefer to move away into a more favorable approach. This is even somewhat true of Western governments. Puddiphatt argued, for example that in devising its lates national cyber security strategy, the UK government didn’t consult civil society or the wide public; it consulted some industry.

Alongside all this, Puddiphatt added that the UN’s International Telecommunications Union could assume greater significance in the coming years, as the number of digital objects grows: “The ITU sees [digital object management] as a different way of doing the internet.”

Time was – about 20 years ago – when even if you didn’t agree with Barlow you could think of the internet as exporting the First Amendment. Now, with vastly fewer players controlling significant aspects of the internet, a sharply right-wing incoming US administration that will get to wield a growing surveillance apparatus, many who promoted those freedoms are unhappy with the result. “Would we be having this conversation,” I asked yesterday during the panel on the internet’s impact on politics, “if we liked the results?”

Jamie Bartlett had the quick answer. “Yes,” he said. “But it would be a different panel.”

2016-11-19
Karolina Janicka
Previous: Give people the vote and they will come – 18th October 2016
Next: Digital Democracy Manifesto workshop