Who wants a working Internet? – Net.Wars by Wendy Grossman

Posted by: Karolina Janicka in net.wars March 5, 2017 Comments Off on Who wants a working Internet? – Net.Wars by Wendy Grossman 1,081 Views

Originally published on the Net.Wars column on pelicancrossing.net on March 3rd 2017

“I thought the phone company would do it all,” John Connolly told me in 1993. Connolly is a largely forgotten grandfather of the internet: while at the National Science Foundation he wrote the checks that financed the creation of five supercomputing centers; the backbone connecting them formed the beginning of the internet as we know it. In that interview, published in the now-defunct Personal Computer World and a later compilation book, Connolly said the NSF’s investment was the American response to Japan’s Fifth Generation program to develop an all-purpose AI machine. He then described a whirlwind of having to spend $50 million in six months…but I digress.

The Republican Congress and the White House, plus the appointment of Ajit Pai to head the US Federal Communications Commission has led to myriad stories fretting about the future of network neutrality, which he has publicly called a mistake. At CNet, Marguerite Reardon recounts Pai’s first month: the agency has voted to suspend transparency requirements for broadband providers with fewer than 250,000 customers (up from 100,000) and closed an investigation into AT&T’s and Verizon’s zero-rating arrangements. CNBC says he’s disinclined to review AT&T’s in-progress purchase of Time-Warner. Pai has also apparently dropped his predecessor’s plan to require US cable companies to open up to third-party devices and software.

In other news, Verizon, which bought AOL in 2015, is now following up with Yahoo, albeit at a bargain they-had-security-issues price. And Google has announced a live YouTube TV streaming service that will charge consumers $35 a month for what sounds essentially like what Americans would call basic cable: Disney, Comcast, ESPN, USA, FX, plus the broadcast networks CBS, ABC, NBC, and Fox. The target audience is cord cutters who are ditching cable because of the cost and turning to streaming and alternatives, including (gasp!) antennas. There’s a second benefit to Google if this service takes off: it will finally give the company the second income stream it has so far failed to create and which it will sorely need. 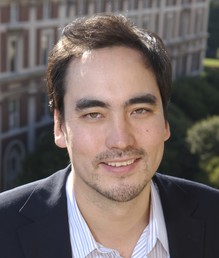 Mainstream battles over network neutrality began in the US in 2005 and the UK in 2008, when AT&T and Virgin, respectively, began talking about “slow lanes” for video providers who didn’t pay up. The term, however, was coined by Columbia law professor Tim Wu in a 2003 paper (pdf). Wi argued then and since that there was an inherent conflict between the private interests of broadband providers and the public’s interest in an open, competitive environment.

Perhaps the most significant change since the early years of this discussion is that the private interests of the companies that used to promote network neutrality have changed somewhat. In 2004, Google had just gone public, Facebook was just emerging from Harvard, and Amazon, which went public in 1997, had only been profitable (the first time) for three years. None were streaming video. YouTube was founded in 2005, and acquired by Google in 2006. While these companies want network neutrality in the sense of not wanting to pay extra charges for fast lanes to carry their video streams to their audience, they may be less eager about it as an enabler for new competitors. 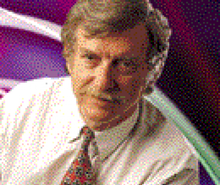 The opening quote continued like this: “But the phone companies, much to my shock, weren’t interested in the network – they didn’t see a lot of money in it. So now it’s kind of ironic that you see the phone companies fighting over the business. They say, ‘How did this Internet grow up and we weren’t controlling it?’ Well, you blew it. I remember long meetings with people like IT&T, Sprint, MCI, and all of those companies that we have, saying ‘Wouldn’t you like to do this? This is where the future is,’ and they didn’t see any money in it.” Of those companies, only Sprint, the US’s fourth-largest wireless carrier, is still a name in telecommunications. This was an expensive lack of foresight.

So, to sum up: in the US now the FCC, legacy telephone companies, and modern internet companies all have reasons to want to shape the internet in their interests instead of ours. The US’s converging mass media and telecommunications landscape is beginning to look disturbingly like the kind of commercial carve-up that communications scholar Robert McChesney has been warning about for years. The number of large companies that own both content and the means of distributing that content is growing and includes some old, some new. Verizon, AT&T, and the Murdoch empire represent old companies branching out; Google, Amazon, Facebook, and Apple (“GAFA”) represent newcomers branching…in. We don’t normally think of Amazon as an infrastructure company, but this week’s outage showed how widely essential Amazon Web Services has become. These are all anti-trust situations waiting to happen. In the UK, BT’s sports channel and Sky’s and Virgin’s broadband-and-content mixes pose similar problems.

Discussions of network neutrality tend to focus on innovation and economics, but we also want it for freedom of expression, of assembly, and of access to information. It looks like we will have to fight hard to keep it if we don’t want the years of the open internet to have been a short, narrow, wasted historical opportunity.