Don't Miss
Home / net.wars / What is next for tech journalism? – Net.Wars by Wendy Grossman

What is next for tech journalism? – Net.Wars by Wendy Grossman

Posted by: Karolina Janicka in net.wars, Writing March 10, 2017 Comments Off on What is next for tech journalism? – Net.Wars by Wendy Grossman 1,052 Views

Originally published on pelicancrossing.com on the Net.Wars column Yesterday in Cambridge, the veteran journalist Charles Arthur held an eventat the Centre for Research in the Arts, Social Sciences, and Humanities (CRASSH) that asked this:

Has the public been well served by technology journalism?

Arthur assembled a smart panel of long-serving folks: Andrew Brown, Carole Cadwalladr; and Ingrid Lunden. The notable thing they all had in common: none are specifically “technology journalists”. Arthur first covered tennis, computing, and science. Brown made his name writing about Sweden and religious affairs. Cadwalladr is a generalist features writer for The Observer(part of the Guardian. Lunden came to TechCrunch from telecoms and art. I did The Skeptic, and began writing for computer magazines via a personal contact.

The technology journalism community I joined was largely male, mostly young, and vastly excited by the boxes (hardware and software) arriving on their desks for review. None were stupid; but I felt they were entranced by the tools in a way I was not. I suspected that if they weren’t writing about computers they’d be building or selling them, whereas if I’d be writing about something else. I took on jobs others didn’t like: long interviews, book reviews. I had known about and even briefly sampled the internet and computer bulletin boards for years, so I knew enough to pick it as the future of communications and a good area to specialize in. The existing specialists were writing about modems and telecommunications. Instead, I wrote about usability, government overreaction to hacking, and, as early as 1993, encryption policy, and attended early data protection conferences and Computers, Freedom, and Privacy. Arthur and Brown were among my commissioning editors. 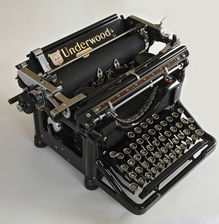 Gadget-driven technology journalism is much like sports journalism: people who love “the game” writing enthusiastically about it. In his 1991 book, What’s Wrong with Sports, the classic American commentator Howard Cosell complained that covering the huge business of sports requires knowledge of labor law, economics, finance, and medicine. Both the technology and sports industries have seen huge influxes of money in the last 25 years, both derive considerable revenues from public purses, and both need far more scrutiny than they get from “fans with typewriters”.

It was always predictable that, as these technologies spread through society, technology journalism would move from its ghetto to the front pages. Martin Banks summed this up neatly on

At CRASSH, Hal Hodson asked if a more adversarial approach at the beginning would have changed the future. If, he suggested, at the beginning of the automotive industry journalists had predicted the need for big roads, pollution, and various other downsides, we might have made different decisions. My guess is probably not: espousing contrarian views in a new and fast-growing industry is like playing tennis: an adversary (a company with money) is trying to frustrate your every move.

Even in 1991, some people did sound alarms about the dangers, most notably Simon Davies, started Privacy International fresh off successfully fighting the proposed Australian ID card and whose 1996 bookaccurately mapped out the direction of progress. In Australia in 2004, the same year that Facebook was founded, Roger Clarke looked at early social media experiments and wrote Very Black Little Black Books, predicting that such companies would inevitably abuse data because they had no other business model.

But even the prescient people did not, in 1999, take their first look at Google’s friendly, empty, fast-loading home page and say, “There lurks evil.” In 2006, I pegged privacy concern about Google to approximately 2004, when it both launched Gmail and went public. In 2009, the company was still widely loved; by 2010 I was hating its interface changes and bailed. By 2013, even before Snowden, on its 15th birthday – disturbance about its data practices was becoming mainstream. By then Davies was suggesting that Google was a threat to sovereign states.

That sort of forward thinking elicits two reactions: 1) you’re paranoid; 2) but this stuff is so wonderful. I fully believe that internet pioneers like Vint Cerf (co-creator of the internet protocols) and Tim Berners-Lee (inventor of the web) believed that their democratic values were being unassailably embedded in the technologies they were creating. Michael Froomkin is fond of saying that the presence of just one lawyer in the room when the domain name system was created would have changed its design and avoided the years of wrangling we’ve had since. Stories about new and wonderful technology with early success stories are easy sells; scaremongering stories are easy sells. Thoughtful, nuanced stories that end with uncertainty are not. Technology journalists can only perform the service the public and the publication’s business model allow.

Anders Sandberg says that artificial intelligence is only called that until it starts to work; thereafter we call it “automation”. Something of the same is going on here: a gadget review is “technology journalism”; Cadwalladr’s deconstruction of Google’s search results is just “good journalism”.

Yesterday, Cadwalladr laid down this challenge to all of us: “The correlation between technology, capital, influence, and power hasn’t been brought together effectively.” This is our mission, should we choose to accept it.