In the recent documentary film Democracy: Im Rausch der Daten, Panoptykon founder Katarzyna Szymielewicz comments that it’s important not to get tangled up in answering the question, “Where’s the harm?” because it reverses the burden of explanation. “The point isn’t harm but that it’s a fundamental right.” 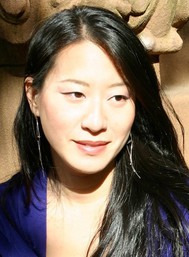 It’s an important point. Still, anyone who feels an explanation is still needed might have found one at this week’s Health Privacy Summit. There, a panel led by Deanna Fei, the author of Girl in Glass: Dispatches from the Edge of Life, featured several women whose lack of data privacy enabled their erstwhile bosses to bully or fire them. Fei herself was the butt of such an exercise in 2014, when AOL CEO Tim Armstrong informed his workforce that their pension benefits would have to be cut partly because of Obamacare and partly because two “distressed babies” born to AOL employees had cost the company $2 million.

Fei has told her own story eloquently and at length; each of the others on her panel had a harrowing tales. For anyone who lives in a non-US industrialized country, their stories are less about medical privacy and more about the iniquity of tying health insurance to employment. One had lost her job when she was diagnosed with cancer for the third time and is living in her car because she can’t afford both rent and medical care. “We’re not worth much,” she said. All of the Europeans present shook their heads and agreed: you would never hear this story in Europe. Nationalized health insurance, living in Britain has taught me, is essential for keeping a reasonable balance of power between employers and employees: otherwise, you create a nation of frightened peasants.

Exacerbating this whole deal, as Fei pointed out, is the fact that many larger American companies now self-insure rather than buying insurance for their staff. Employees are often not fully aware of this because their companies will contract with a known insurer to handle administration. The result, however, is to give employers even more access to employees’ data. As if that weren’t enough, there’s a recent trend toward wellness programs, which sound benign but often require employees to answer extensive quesionnaires and download data-collecting apps. These programs are typically bought in, and if the vendor is not a medical company, the data so collected is not subject to HIPAA, the Health Insurance Portability and Accountability Act, which regulates the use and disclosure of patients’ medical information.

Ultimately, the harm in all this is the loss of recognition of the simple fact that being alive is a high-risk proposition. Individuals can certainly weight the odds (becoming a heavy drinker if you had liver failure as a child isn’t a great strategy, for example), but catastrophic illness is not just another lifestyle choice. All the talk of data as this era’s oil loses sight of the people the data connects to. At Health Data Palooza, Mary Ebeling heard health data referred to as “a natural resource”.

Ebeling, a Drexel university sociologist, got intrigued by data-driven marketing practices when she found she kept getting ads targeting the age group her baby would be if she hadn’t had a miscarriage. “My marketing baby”, she calls the phantom child, who would be kindergarten age now. “I am the dinosaur bones that are being ground up to make that oil,” she said. “We all are.”

Although in fact oil comes from layers of ancient plankton rather than dinosaurs, Ebeling’s phrasing is memorable enough to underline her point. 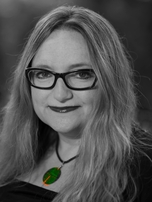 But this is just the beginning. The week before, at Privacy Law Scholars, Andrea Matwyshin outlined the beginnings of what she’s calling “the Internet of Bodies”, a development she argues will disrupt our ideas about ourselves and physical spaces, presenting a particularly knotty “legacy code” problem. Some early examples: the Cincinnati company that required a couple of its secure data center employees to have an RFID chip injected into their hands; the potential for data collection from (and security issues surrounding) brain implants; and, as several people tried to tease out, the complexity of who gets to decide what’s “normal” and what’s “enhanced”? What if – and there was apparently a brain implant case like this – the company that installed the brain implant or the piece of functioning liver wants it back in order to protect its intellectual property? In sports, scientists have been studying whether prosthetic legs give amputees an advantage over original-equipment runners (the most recent study was inconclusive).

All of that is happening much faster than we think and it’s going to take us some very weird places, many of which are going to involve the transfer of highly intimate data in ways we’re going to have to think hard about As one of the session participants put it, “My pancreas has never reported to the cloud before.”

Previous: The Wikipedia Gender Gap
Next: The Age of the Internet, Surveillance and Profit